Sunday’s second stage was topped by Salvini in the outright EnduroGP classification, joined on the podium by Larrieu and Antoine Basset (Husqvarna). The E1 class was taken out by Oldrati, Rudy Moroni (KTM) and Freeman, as the E2 class saw the top three completed by Salvini, Larrieu and Basset. Holcombe was first in E3 ahead of McCanney and Anthony Geslin (Beta).

The EnduroGP World Championship now heads to Uhlirske Janovice in the Czech Republic on 13-15 September. 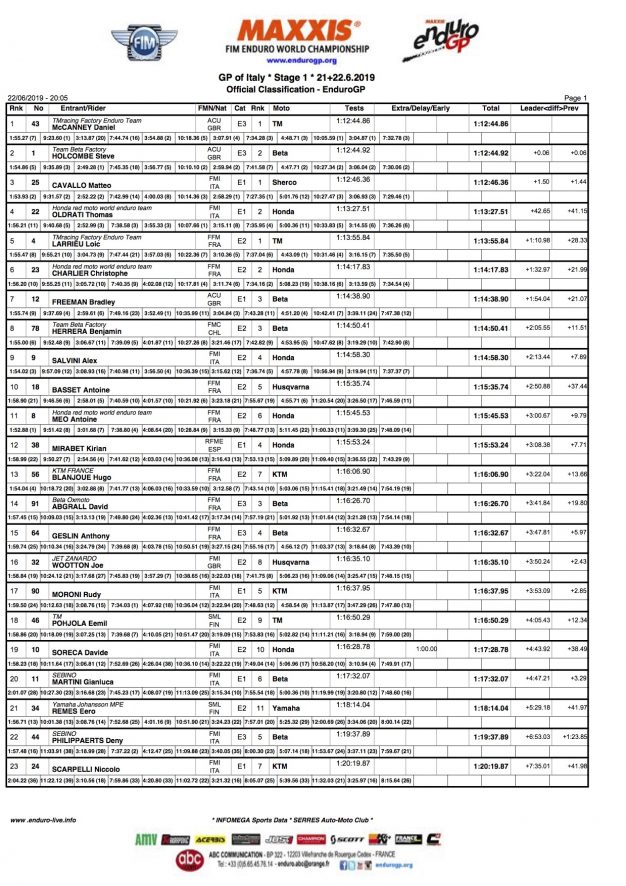 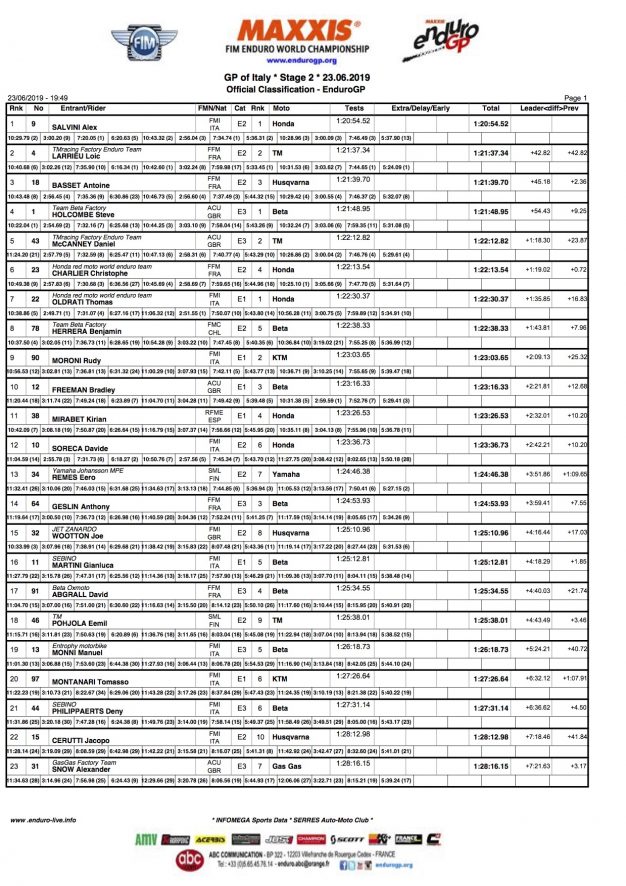