Popular Queenslander on his Pro Motocross campaign and more.

Fresh from a three-race campaign in the 2019 Lucas Oil AMA Pro Motocross Championship and set to embark on the final half of the Pirelli MX Nationals as a premier class title favourite, we caught up with popular Queenslander Todd Waters for this latest edition of Fast Thoughts! The AMA Pro Motocross was run really well – I was quite impressed with how the promoter runs the championship. First of all, we get to do press day on Friday and ride the track – you can bed your bike in and just fell comfortable on the track – and then the event is Saturday only, so you just turn up and have two 20 minute practice/qualifying sessions, and the top 37 go through. There’s a qualifying race for the last few positions and then your two motos. They had some cool little awards too – there’s the Privateer award and Hard Charger award – it was cool, I won both of them at separate events. I thought it was a nice touch that makes you feel kinda cool to be awarded with something because I wasn’t up the pointy end to get a podium. I left there feeling happy, and the promoter was super accomodating – coming from overseas, I worked quite closely with them. Overall, the experience was really nice and I enjoyed that side of it.

Travelling America in a camper van…

So that was amazing… I’ve done a lot of racing around the world on different factory teams, and this trip would have to be one of the standouts for me. It’s not very often you get eight of your close family members and get a big RV travelling America and racing races that you dreamed of as a kid. It was a very low pressure environment, and we had Cody Cooper and his mechanic Lee with us. Both of us were riding, and we had an absolute ball. In between races, we did things like horse riding, a lot of hiking, and we did Highway 1 which follows the coast. We did the most amazing things, and even though we rode a lot, I’ve come back now and feel like I’ve been on a massive holiday. I had a helluva time. 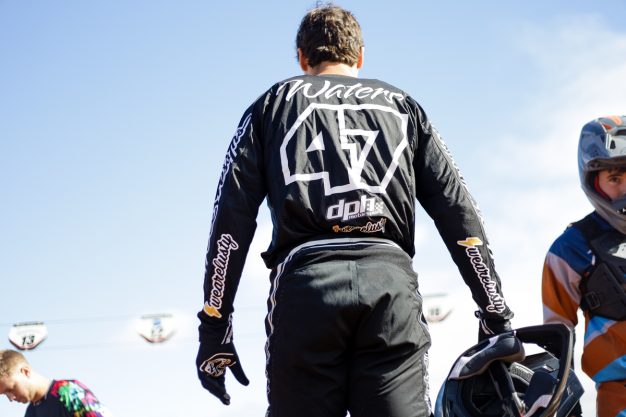 The Ricky Carmichael Hard Charger award is really cool – it’s for the person who passes the most people in a moto, so it’s a nice a little touch. Cost wise, it doesn’t cost much – just seeing the promoter putting some effort into little bits and pieces was really cool. I really like the Privateer award too, and I think out of the first three rounds, three different riders won it. That’s important to keep people coming back – at rider’s briefing they give out those two awards, and it’s nice to go up there and get an award because not all of us can get on the podium. That was a nice little touch, for sure.

For me, I just wanted to throw something out there that people could and be a part of. In Australia, we having racing heroes, and you know, kids can’t really get anything. I wanted to be able to provide something and kind of came up with the idea – my good friend Wade Lewis – who’s an amazing artist and has done stuff for Ripcurl, DC and massive brands – he did up a couple of designs for me, and we threw them up on the website. Unfortunately, I couldn’t take them to the US, but people over there were coming up and wanting to buy them, but I didn’t have them there. I want to be able to create an atmosphere here in Australia where kids and fans can come up and actually purchase something at the event, which I think is special. The three events we went to [in the US], they’ve got a motocross t-shirt that has the event like ‘Pala 2019′ on it and people can get riders’ signatures, then they’ve got individual shirts for riders like Roczen, Tomac and so on. I think that would be really cool to have something like that in Australia. I just want to try and promote myself a little bit this year – I’ve been working on that and trying to get the most out of myself for my sponsors and partners. I’ve been doing a lot of video projects, photo shoots and working with publications. Just little bits and pieces to try and promote myself, and I think this is a good way to get my name out there as well.

Pursuing the MX Nationals MX1 title in the second half…

Going to the states was really important to me because I got to race and go hard at it with the best dudes in the world, and as soon as we finished Thunder Valley, I just got this feeling of ‘I can’t wait to get home and finish the MX Nationals’. I’m super excited to get back and race the guys here – we have a high level of racers – there’s young Luke Clout – I’ve been teammates with him a few years ago – he’s an excitable rider, fun to race and he’s leading the championship. We’ve got Hayden Mellross who’s had the red-plate most of the time and riding really well also, then we have Kirk Gibbs, Jesse Dobson and a bunch of guys who can win races, which makes it exciting. I’m really excited to get back racing the MX Nationals, I feel there’s a deep field in the top five, I feel I’m prepared for the last half, and I’ll try go for this MX1 championship. 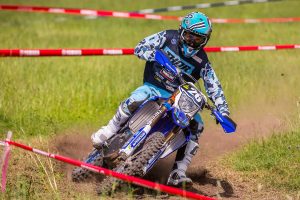