Former world champion Tim Gajser has earned his fourth-consecutive victory at Kegums’ ninth round of the 2019 MXGP World Championship in Latvia.

In a bizarre round where Red Bull KTM Factory Racing duo Jeffrey Herlings and Antonio Cairoli were ruled out with injury, Gajser reigned supreme in a podium that saw all three riders level on 40 points.

The MXGP World Championship now heads to Teutschenthal in Germany this weekend for round 10 of the series. 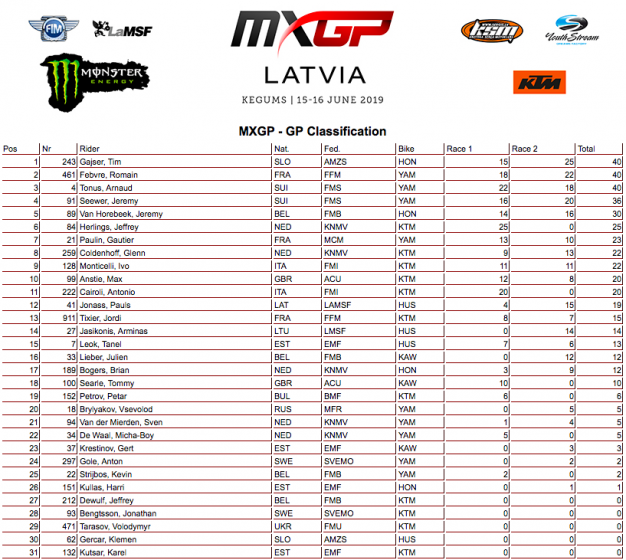