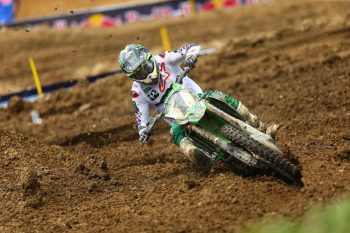 Tomac’s consistency reigned supreme at High Point, lodging a 3-2 scorecard to earn the overall ahead of Ken Roczen (Team Honda HRC), who registered 6-1 race scores for second overall. The pair are now tied for the points lead.

In the 250MX category, Adam Cianciarulo (Monster Energy Pro Circuit Kawasaki) recorded his fourth overall win in as many rounds, completing the weekend with a 2-1 scorecard. It was a incredible weekend for Lawrence, storming to victory in race one before winding up in third in the final moto for second overall. 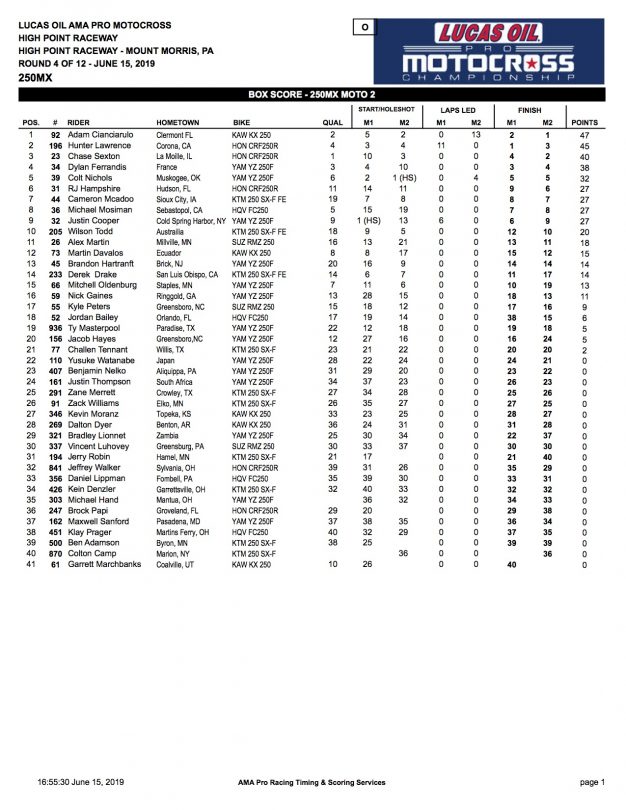