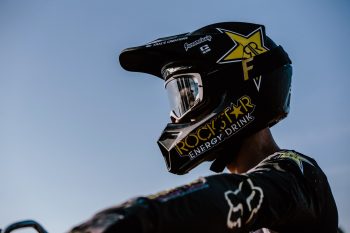 X Games gold medalist Cameron Sinclair has been added to the Recover8 Speed and Style Championship that will take place alongside round three of the 2019 Australian Supercross Championship line-up at WIN Stadium in Wollongong on 9 November.

Sinclair, who began racing supercross at an early age, transitioned to freestyle motocross and his forged an illustrious career in the discipline, where he’s collected multiple medals, including gold in the Best Trick competition.

“I’m really looking forward to the Speed and Style at round three of the Australian Supercross Championship at WIN Stadium,” Sinclair stated.

“I’ve always loved riding supercross, so getting to mix this with FMX is the best. It will be great to compete in front of a big crowd and I am sure they will be on the edge of their seats as the riders to go head-to-head for the win.”

The Speed and Style event will crown the official Australian Champion, where riders will perform multiple tricks to gain extra points in the head-to-head elimination format races to determine the champion.

“It’s great to see Sincs is coming to the Gong event,” said promoter Troy Bayliss. “Speed and Style is exciting to watch and no doubt his supercross background and undoubted skills in FMX will place him as one of the favourites. Sincs and many other riders spend so much time around the world, I know they love competing in front of Australian fans and no doubt it will bring out the best in them.”

It’s was announced earlier this month that FMX legend Robbie Maddison will perform a trio of stunts at the event. Wollongong’s third round of supercross will also feature the newly-branded Australian Motorcycle Festival, which will take place at Lang Park on 8-10 November.