Just two rounds in, and the Australians are beginning to make their mark in Pro Motocross. Welcome to Motoview presented by Thor MX Australia on MotoOnline.com.au.

Woah, what a couple of weeks it’s been in the Lucas Oil AMA Pro Motocross Championship! It was a shame to see Hunter Lawrence suffer a rare mechanical failure in the opening encounter at Fox Raceway, which ultimately denied him of a maiden overall podium.

A rock actually cracked the oil filter cap on his CRF250R, which happened prior to his clash with Jordon Smith (TLD Red Bull KTM), and as a result, oil pumped out until his Geico Honda came to a halt. He rebounded in fine form for race two, leading for a number of laps before making a mistake, eventually crossing the line in P2. Joining him in the 250MX category is current MX Nationals MX2 points leader and reigning champion Wilson Todd, who after making an impressive showing at round one received the call up at TLD Red Bull KTM. Unfortunately, he got taken down heavily at the start of race one, which hampered his opportunity with the factory outfit. Still, he put in a spirited performance for 19th overall.

Todd’s initial plan was to race the first two rounds and then return home, although it hasn’t been confirmed if he’ll remain on the TLD team for this weekend at Thunder Valley, which would extend his stay. However, things are indicating that Todd will have another chance with the squad.

Moving to the premier class, Dean Ferris put in another solid weekend with the Monster Energy Yamaha Factory Racing team. He still seems to be acclimatising to racing in America, and we’re really eager to where his performances take him throughout the coming rounds. 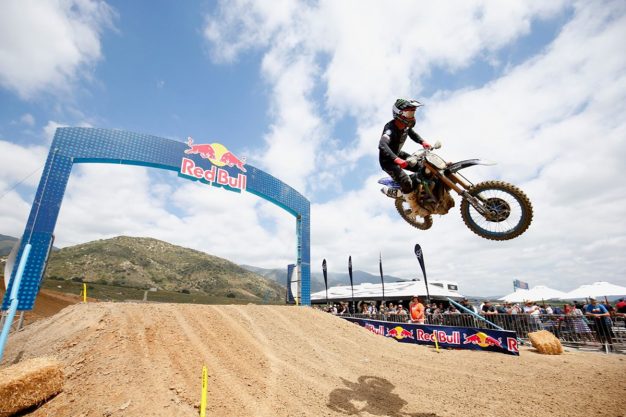 Husqvarna-mounted Todd Waters was also strong at Fox Raceway, finishing the weekend 13th overall, although his American campaign comes to an end this weekend at Thunder Valley.

Just before I sign off, KTM Australia invited us to the 2020 EXC international media launch last week in Bassella, Spain, where we had the opportunity to sample the entire four-stroke and two-stroke range. We’ve already published some interesting content to come out of the launch, and we have plenty more to be rolled out on the site in the coming days and weeks.