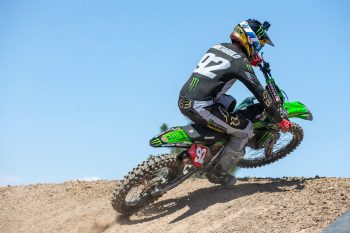 Injuries have prevented Cianciarulo from lining up in the outdoor series since 2017, where he concluded the season with a P3 ranking in the championship standings.

“After Vegas, it was a tough pill to swallow but it makes me even more motivated to go out and be successful during the motocross season,” said Cianciarulo. “This team deserves a championship and I would love to be able to bring that to them. It’s been a while since I’ve lined up for a motocross race, but I couldn’t be more excited about starting fresh.”

This weekend will see the 12-stop championship kick-off at Hangtown in California.