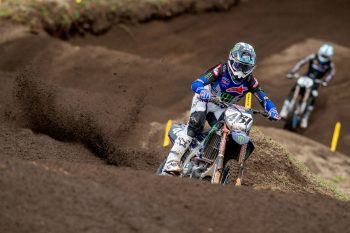 Monster Energy Yamaha Factory Racing’s Romain Febvre will make his highly-anticipated return from injury this weekend at the MXGP of Portugal, marking round six of the 2019 MXGP World Championship.

The former world champion underwent surgery following Argentina’s season-opener in March, where he severely damaged his ankle in a moto two crash.

“I’m excited to start racing again,” said Febvre. “My foot is not yet 100 percent as it is expected to take a few more weeks for the mobility to improve. I still have pain sometimes, but it is not too bad.

“I think it has been nine weeks since the operation and I realise that I need a starting point to return to racing, even if it is not 100 percent because there is no guaranteed time frame in which it will be 100 percent.