It’s been odd week without any racing, but we’re refreshed and ready to roll into another weekend of dirt bike racing. This is Motoview on MotoOnline.com.au, presented by Thor MX Australia.

The Easter long weekend is always a good opportunity to relax, unwind and refresh after busy start to the season, and it seems as though that’s been the case for championships all around the world, with a not single national and world-level event taking place.

It was certainly strange logging in yesterday, and well, not really having much to talk about! The last time we had a weekend off was actually the first week of January, and every weekend since, we’ve had at least AMA Supercross, MX Nationals, AORC, and MXGP to delve into and cover, not the mention the other events and championships that have popped up along the way. 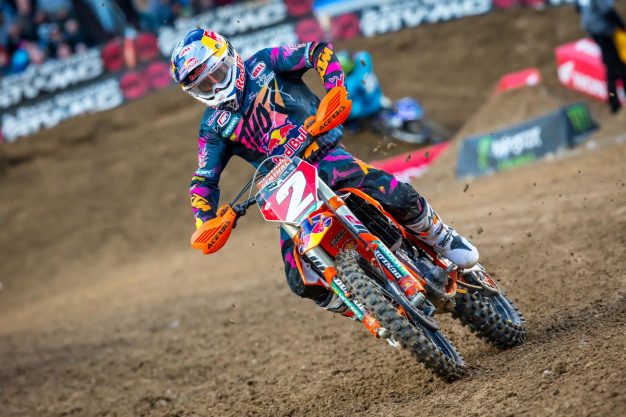 AMA Supercross returns to action this weekend, this time at East Rutherford for the penultimate stop of the championship. Not many would have picked it at the start of the year, but Cooper Webb (Red Bull KTM Factory Racing) is in the hot seat to take out his maiden 450SX crown, and with an 18-point advantage over Eli Tomac (Monster Energy Kawasaki), it’s not out of the question for him to wrap up the title on Saturday, depending on how things pan out, of course.

It’s a case of ‘too little, too late’ for Tomac, who has really come on strong in these last few rounds, overcoming Marvin Musquin (Red Bull KTM Factory Racing) in the championship standings. It’s definitely not over for the two-time Lucas Oil AMA Pro Motocross champion, but something drastic would have to Webb for the title to fall into his favour.

Just before I sign off, it’s great to hear Jy Roberts has returned home from hospital after waking from an eight-day coma. It was definitely a scary period there, but we’re very glad and relieved to hear he’s on the road to recovery.