Racer comments from the third round of the MX Nationals.

A selection of riders detail the round three of the 2019 Pirelli MX Nationals at Broadford in Victoria. Team and privateer competitors can submit comments to [email protected] by Monday afternoon after events for inclusion in the post-event Quotebook feature. 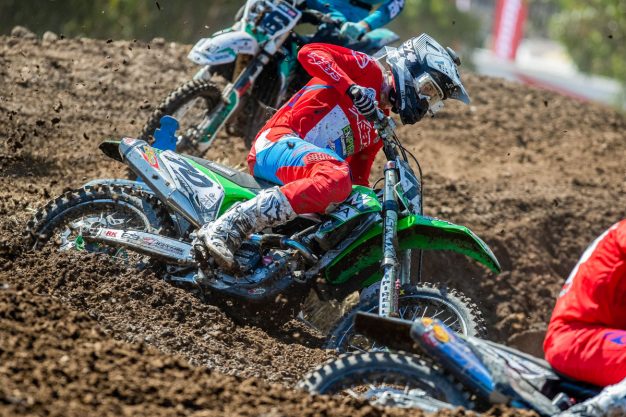 Kirk Gibbs (CDR Yamaha Monster Energy) – First overall:
The weekend was much better for me and it’s nice to finally get a win under my belt for the CDR Yamaha Monster Energy. It was also good to have a dry round and actually get a gauge of how things are progressing and what our strengths and weaknesses are as the first two rounds were extremely wet and difficult to get a handle on the opposition as well as our own riding. But, I’m really pleased to get the win and get my season back on track. The team did a great job again today and my bike was working well on a pretty technical race track. We now have a couple of weeks off before Murray Bridge so lots of riding and training still to be done and lots of laps still left in this championship.

Luke Clout (CDR Yamaha Monster Energy) – Third overall:
I felt pretty good all day and the track was good to ride but I was probably just a bit off in my starts. With the track watered heavily and multiple ruts around every corner, it was difficult to move forward at times so getting a good start and being up the front early was the key here. Everything else was good and it’s always nice to be on the podium and be right in contention for the championship. It’s a long haul, especially with these back-to-back races, so it’s important to keep logging good results in every race and be there at the end of round 10.

Hayden Mellross (Raceline KTM Thor) – Fourth overall:
I was disappointed in myself dropping it on the final lap of the third moto and losing the round win, however I managed to get back up and finish fourth and maintain the championship lead. I’m focused on the first of the double-header rounds in a few short weeks, and hope to maintain the red-plate heading into the mid-season break.

Richie Evans (Yamalube Yamaha Racing) – 13th overall:
Today was terrible as I just didn’t have any energy and felt like I was on the verge of shutting down most of the day. I remember looking at the clock at 12:35am last night and then went straight into the bathroom and didn’t come out until I had a quick shower to come to the track. I don’t think I have ever felt that bad in my life. I tried my best, but I was in no condition to race properly and I’m just thankful I made it through the day and this virus passes quickly so I can be prepared for Murray Bridge as it’s a two round weekend there.

Lawson Bopping (Empire Kawasaki) – 15th overall:
It wasn’t the greatest day. I qualified 11th and in the first race I had a good jump before getting pushed off the track – I got roosted and my roll-offs snapped. I fell off again, so the first race was a bit of a wash. In the second moto I had a better start and ran up front for a little bit, but my arms pumped up. I wasn’t tired, but my arms were blown out. The final race I had a decent start again, positioned myself in third and then second – I felt like I could run that pace, but I faded back. I’m happy with the KX450 and my time with the team has been great. The positives are that I got good starts and could run that pace. 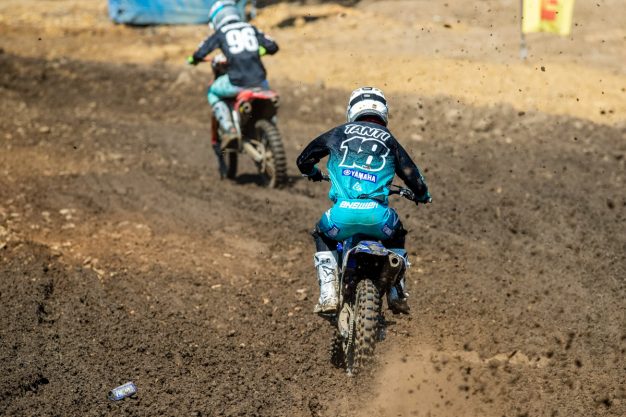 Jay Wilson (Yamalube Yamaha Racing) – Third overall:
Today was the best I have felt on the bike in motocross so far this year. The first race I was covered in mud and just did what I had to do to get back to fifth as the first four were long gone, but in the second moto I really began to gel with the bike and attack the track. I felt awesome and just wished it was the 30-minute race and not the 20. So I’m happy with today and happy to come out with some good points. It wasn’t looking real good after Wonthaggi but thanks to the team Racesafe we were able get on track and keep the championship alive.

Kyle Webster (Penrite Pirelli CRF Honda Racing) – Second overall:
I was definitely under the weather on Friday, but thankfully that cleared by race day and it turned out to be a solid weekend. The first moto was good. Right away I was able to make a bunch of passes and got myself up into second behind Wilson Todd. In the closing stages of the race I made a charge at Wilson, but just couldn’t get him. Then in the second moto I got an okay start, but Wilson got away from me a bit, and we just stayed the same gap through the rest of the race and I finished second, with a 2-2 score giving me second overall on the day.

Nathan Crawford (Serco Yamaha) – Fifth overall:
It feels good to finally be back in the battle again. Its been a long eight months off the bike and I have worked so hard to get not just my fitness and speed back, but also my health in general. Moto one was awesome and just after halfway I felt things begin to come easier for me, like a little barrier was broken. I was able to ride my turns better, flow on the track better and ride with some speed. While I didn’t win it, it was a little victory to me as I come back. Race two I did all I could to salvage the best result I could. First turn crashes are tough as the whole field goes past and it’s a long way back but I fought hard and feel like things are on the right track. The weekend gives me more motivation to keep working hard.

Aaron Tanti (Serco Yamaha) – Fourth overall:
A lot of good to come from today but also a few things I need to improve on to get some round wins. My starts were good, and I had excellent track position in both races but just didn’t keep pace later in the race, so that’s something we will need to look at. But the racing is tight in the MX2 class and I was never further than 10 seconds out of the lead all day but didn’t make the podium. No one can afford to take their foot off the peddle at the moment as there are five guys who ride at a similar pace and the intensity is there all the way to the end. I’m now third in the championship after three rounds which considering a couple of races I have had, isn’t too bad but there is always room for improvement.