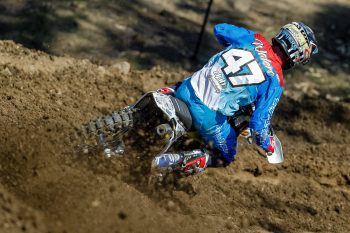 Todd Waters (DPH Motorsport Husqvarna) has opened Broadford’s third round of the 2019 Pirelli MX Nationals with victories in both Sprint races, taking home the full 35 points in the combined results.

The MX1 category experienced the all-new Sprint format for the time this season, where two back-to-back nine-lap motos were hosted, with the overall scores from each amounting to a final race score.

In the first Sprint race, Waters ran away with the win after scoring the hole-shot, remaining relatively untouched in the entire encounter. He finished ahead of CDR Yamaha Monster Energy’s Kirk Gibbs and a surprising performance from AORC regular Daniel Sanders (Husqvarna Enduro Racing Team) in third.

Waters once again reigned supreme in the second Sprint race, battling with early leader Mellross before going onto seal victory by 2.644s. Gibbs pushed by Mellross in the closing stages after the paired duelled for position, while it was Clout and Dobson who locked out the top five.

Sixth through to 10th consisted of Rodbell, Milner, Evans, Ryan Shadbolt (Husqvarna), and Kahro, while a notable absentee from top 10 was Sanders, who crashed heavily after challenging for the podium – he remounted, albeit aboard a damaged Husqvarna FC 450, and was later listed at disqualified. The combined results from the two motos sees Waters take the win over Gibbs, Mellross, Clout and Dobson. 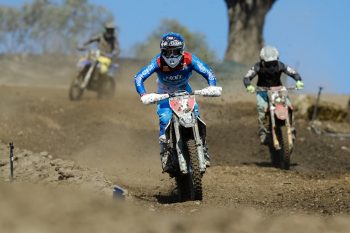 The opening MX2 moto went to points leader and defending champion Wilson Todd (DPH Motorsport Husqvarna), who led the entire outing despite coming under fire from Kyle Webster (Penrite Pirelli CRF Honda Racing) in the closing stages. It didn’t come without a scare though, as Todd clashed with a lapper on the final lap, allowing Webster to make even more ground.

The Western Australian came from behind in a spirited charge, latching onto the back of Todd on the last lap before making a final attempt to steal the lead with two turns to go, however he was ultimately forced to settle for second.

Nathan Crawford (Serco Yamaha) earned his best race result of the season to wind up in third ahead of teammate Aaron Tanti – who held down second in the initial stages – followed by Jay Wilson (Yamalube Yamaha Racing) in fifth. 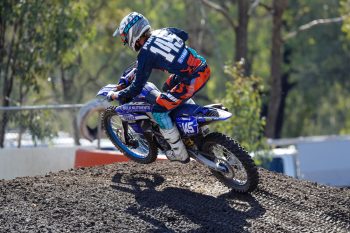 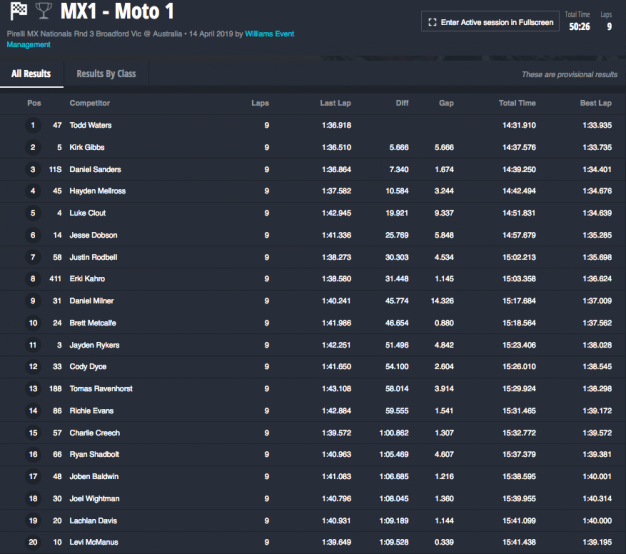 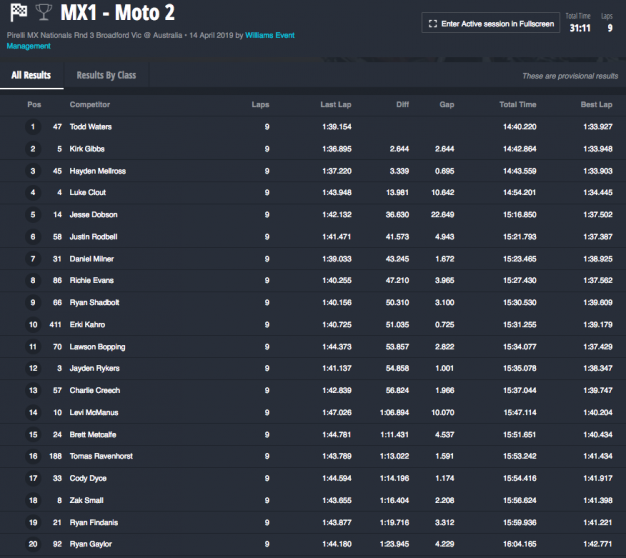 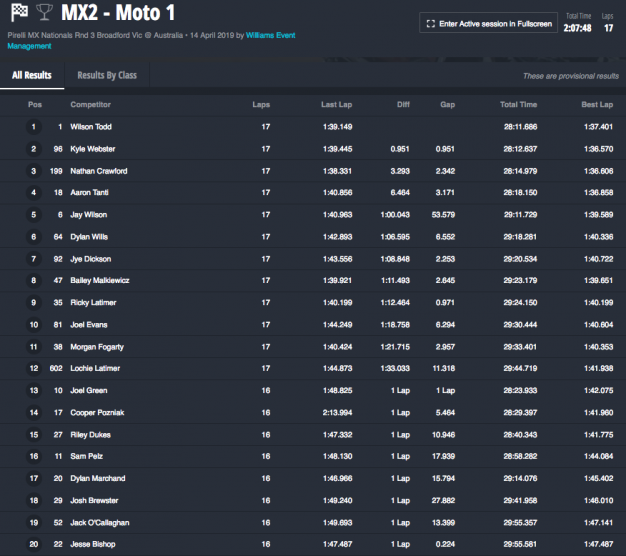 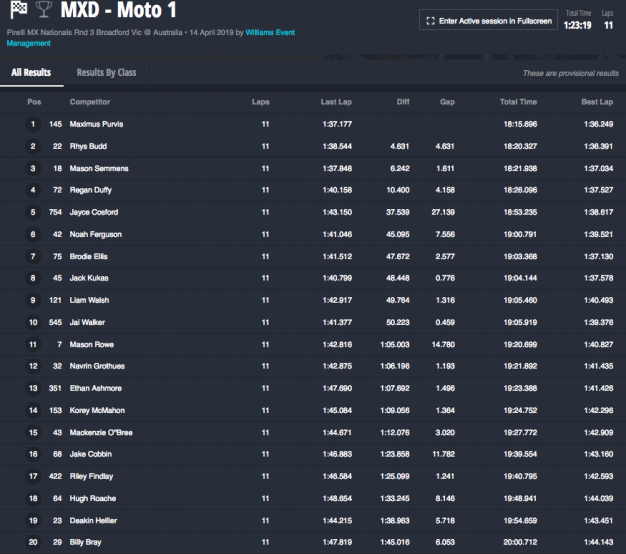