It’s a subdued vibe here at the Foremost Media office this afternoon after reporting on the news of Jy Roberts’ injury today, the teenager facing a challenging road to recovery following a practice crash over the weekend. This is Motoview on MotoOnline.com.au, presented by Thor MX Australia.

As mentioned above, today we were able to report on the incident of Roberts for the first time since it occurred near Mudgee on Saturday and it’s essentially a waiting-game at this moment. We’ve posted what we have been advised and what has been shared with us for his ever-growing fanbase out there, so let’s all keep Jy and his family in our thoughts.

We’ve worked with Jy in a number of ways over the past year or so since he emerged as a front-runner in the MX Nationals, both gathering MotoOnline.com.au content with him and also some additional customer projects. It’s clear that he and his family have devoted their lives to motocross and he’s got one of the best mentors in Ryan Marmont right there in his corner. Jy’s a great young guy, a brilliant talent who is totally committed to being the best rider he can be and has an incredibly bright future ahead of him at just 18 years of age. It’s in times like these that you realise this sport we’re in extends far beyond the storylines, the action, the rivalries and those types of things. It’s a way of life and a real community to be a part of.

So, with that, I just wanted to take this opportunity to send the Roberts family our best well-wishes, hope for a complete recovery for Jy over time and fingers crossed we will have positive news to report on in due course as further progress is made. Here’s Jeremy with more…

As Alex just touched on, it’s saddening to hear of Jy’s accident sustained over the weekend. This sport can brutal at times, and I’m hoping we hear of some promising developments on his condition in the coming days. My thoughts are with Jy and the Roberts family.

The MX Nationals swings back into action this weekend at Broadford in Victoria, although it is hard to get excited about it knowing Roberts won’t be there and the condition he’s in. 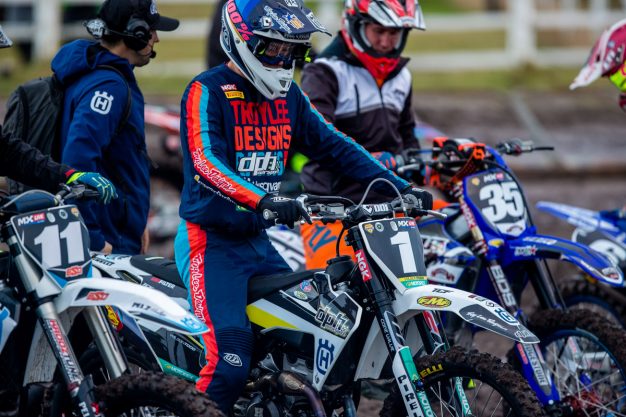 Broadford is personally one of my favourite venues on the calendar. We don’t get see layouts with steep hills and long lap-times like the Victorian has, so it’s definitely going to be cool to watch action unfold and see the national championship return to the State Motorcycle Complex.

Both championships are wide open at the moment, and they could any away – I don’t think we’ve witnessed that quite some time. In just two rounds, there’s been quite a few irregularities, such as Appin’s mud-filled opener, which certainly played a part, but I think the competitiveness amongst title contenders is an example of the level of talent currently in the country.

We’re definitely in for an interesting weekend, and to be honest, it’s hard to predict who exactly will come out on top. The DPH Motorsport Husqvarna duo of Todd Waters and Wilson Todd are most likely the favourites, but as we’ve seen in the opening rounds, anything can happen.