Another Pirelli MX Nationals round complete and another wet, rainy weekend was experienced for the most part. Still, Wonthaggi delivered in more ways than one! This is Motoview on MotoOnline.com.au, presented by Thor MX Australia.

This time of the year is always particularly frantic on our end as motocross ramps up with rounds scheduled each fortnight, a number of other events in between and a bunch of content going live on a daily basis. Content is easier to come by and the storylines are building – gotta love it.

It was looking as though Wonthaggi would be another rain-soaked round and it was to an extent, but nothing like what we experienced at Appin two weeks earlier. Rain fell at stages during the day, but it got clearer as the day wore on and that was a plus. One of the biggest challenges of all seemed to be the extremely muddy start straight and first turn, since they’re not used lap-by-lap. 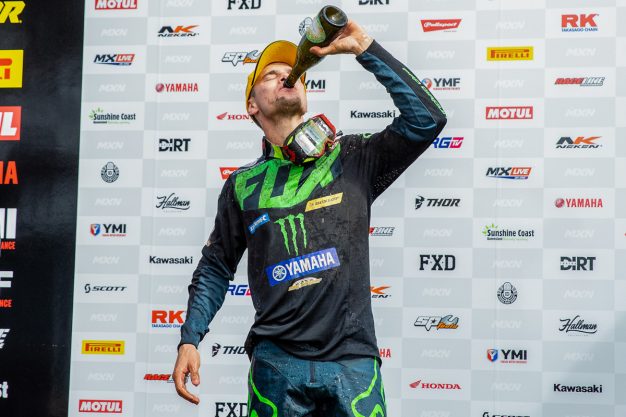 A few very notable mentions have to go to Luke Clout, of course, after getting his first MX1 overall despite a couple of somewhat costly penalties, Wilson Todd for his MX2 dominance, newcomer Regan Duffy for sweeping MXD and also the likes of Lawson Bopping and Estonian Erki Kahro for their glowing guest-ride performances.

In fact, when you browse through the MX1 results sheets from both Appin and Wonthaggi there have been a number of surprise packages making their way into the top 10. It’s a positive to witness and, for onlookers, it creates that added element of the unknown from round to round since unpredictability among the front-runners is always the best type of on-track action.

Wonthaggi was the first time we’ve seen the Sprint format take place this year, this time going ahead in MX2 as scheduled, but I’m not completely sold on the structure just yet. Sure, it’s always ideal to experiment, but there’s something odd about the one class featuring revised formats at each round. Time will tell if it becomes a mainstay, but for now I’m on the fence.

Before I go, further details appear to be emerging regarding the 2019 Australian Supercross Championship. If you look at the Motorcycling Australia national calendar there are preliminary dates and details including hosting states that have recently been tweaked, which show that changes in comparison to previous years are almost certain to take place. 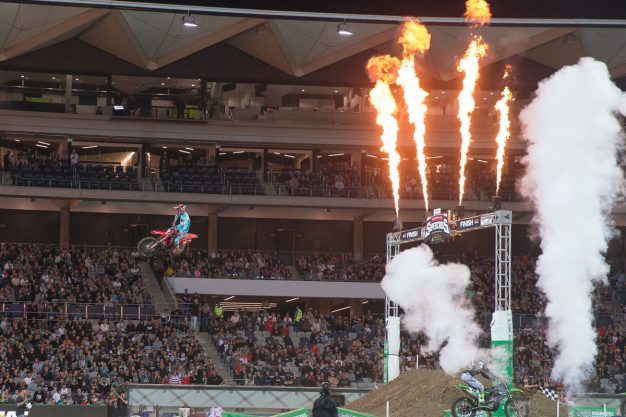 Interestingly, the final round – which last year was AUS-X Open Sydney – has been listed as a Victorian-based event. There’s still a mid-November date scheduled in New South Wales as well, so whether or not AUS-X is actually moving to Melbourne is yet to be confirmed. Each year the rumours of a switch to Marvel Stadium (previously Etihad) surface, so could this be the year?

This week S-X Open organisers released a couple of teaser posts hinting that ‘something big is coming’ and ‘this is for the fans’, but they’ve stopped short of saying too much. We’re hearing an announcement could come as soon as tomorrow in regards to the event’s future and, fingers crossed, hopefully we get some kind of more concrete indication in regards to the series.

Either way, the general feeling is that supercross will take another step forward in 2019 and, for us, that’s a really exciting development that will no doubt result in additional opportunities to showcase the sport locally. Here’s Jeremy with more…

As Alex mentioned, it was another interesting weekend of MX Nationals racing at Wonthaggi, which served up surprising results sheets across the all categories. It’s hard what to make of the series so far, with plenty of drama, misfortunes and triumphs already in just two rounds!

One of the more noticeable trends that’s become apparent from the first two rounds is the strong presence of privateers inside the top 10 of the both the MX1 and MX2 classes. There could be a number of contributing factors to this, such as Appin being a complete mudder and Wonthaggi receiving its fair share of rain, but I think last weekend had regular enough conditions to downplay that excuse. 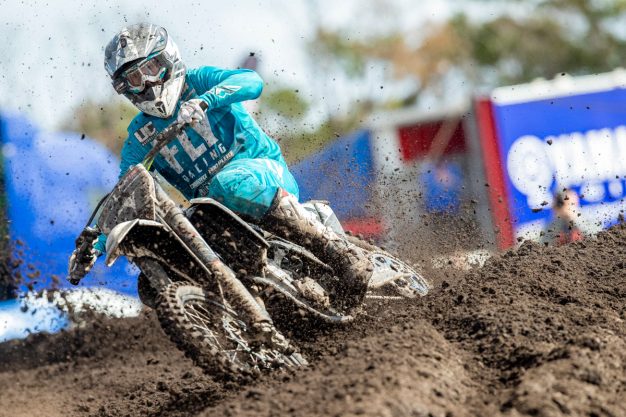 Erki Kahro’s performance has already been mentioned, but there were strong performances further down the line from season-regular privateers. Western Australian Charlie Creech, who’s been following the national circuit for a number of years, earned a career-best MX1 result of sixth overall, and amazingly, he’s now ranked sixth in the championship – it’s impressive stuff from the Husqvarna pilot.

He was joined by a selection of privateers in the top 10, including Zak Small (Husqvarna), fellow Western Australian Jayden Rykers (Suzuki), and Jesse Dobson (Husqvarna).

It was just as impressive in the MX2 class, with youthful talent Cooper Pozniak (KTM) shining in the Sprint format, being classified as second on the combined result sheets. Overall he was fifth, and to be honest, it’s one of the best performances we’ve seen from him since his MXD days, where he was a podium regular.

Jy Dickson (KTM) and Sam Pelz (Husqvarna) were just behind him in the overall standings in positions six and seven, followed by Issac Ferguson (KTM) in 10th. It will be interesting to see how these guys maintain their form throughout the season and stick it to the factory riders, but maybe what’s more interesting is the consistency that some of the them possess, which could really pay off come Coolum.