Racer comments from the second round of the MX Nationals.

A selection of riders detail the round two of the 2019 Pirelli MX Nationals at Wonthaggi in Victoria. Team and privateer competitors can submit comments to [email protected] by Monday afternoon after events for inclusion in the post-event Quotebook feature. 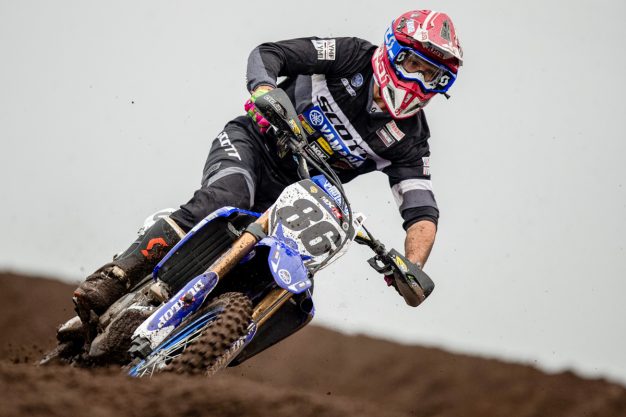 Kirk Gibbs (CDR Yamaha Monster Energy) – Fourth overall:
It wasn’t a great day for me and I leave here pretty frustrated and angry. I was way back in moto one and was moving forward when another rider went down and took me with them and I lost plenty of time there and then in the second one I went down at the start, had to stop into the mechanics area to get the bike straightened out and was a long way behind the field when I re-joined the race. I kept on chipping away and managed to get myself back to seventh and felt I rode alright but seventh isn’t where I belong and makes my determined to bounce back at round three in a couple of weeks’ time.

Luke Clout (CDR Yamaha Monster Energy) – First overall:
After all the hard work over the summer and in the pre-season, I’m so pumped that I was finally get a round win in the MX1 class. The day wasn’t without its challenges, both on and off the track, but as a team we were able to get it done and I’m thankful for the efforts everyone at CDR Yamaha Monster Energy team have made. The track was thick and heavy today and staying upright and carrying speed was the key. The first straight and turn was so slippery and getting through there was half the battle as track position was so important. It was also a good test of my fitness as two long motos in these conditions are tough. The plan is now to keep the momentum rolling for the next round and continue to climb my way back into championship contention.

Todd Waters (DPH Motorsport Husqvarna) – 12th overall:
I’m really happy with how the year is coming together, the team and the FC450. It was a bummer to have a DNF in the first race after winning Superpole, but I got a bad start and put myself in a position where anything can happen, so I’m disappointed about that. The team worked hard to get the bike the ready for me and I turned it around in the second moto, taking the win and finished the weekend strong. I’m looking forward to the next round in Broadford with DPH as it’s such a good weekend with those guys!

Brett Metcalfe (Penrite Honda Racing) – 17th overall:
My sole goal is to line-up at Broadford, brave the pain and get as many points as we can to stay in the championship. The biggest concern right now is the spiral fracture I have in my finger. I will head back to the clinic next Monday and we will make a decision following the second round of results. I felt fast but it was hard to pass, I lost a lot of time throughout the race being stuck behind riders as the track was very one-lined. In the end, I settled for fifth and I was able to make up 18 seconds on the winner so we certainly had great pace. “I felt the changes we made were perfect for the conditions. The bike felt amazing during the siting lap and I believed we could race for the win, so I am really bummed but that is motocross, anything can and usually does happen. No matter what, we will come back and win races.

Richie Evans (Yamalube Yamaha Racing) – 19th overall:
I’m disappointed in the result but happy with how I rode today. In both races I was able to keep moving forward and find ways to pass other riders on a track that was difficult to pass on. I know I’m on the right track and the chain issue was just one of those things as it could have been damaged in the crash, or just the load on it from the sand and mud in each race. My fitness is getting to where it needs to be for these 30-minute motos and my next goal is to put a race day together of consistently good results and I reckon I can make that happen at the next round at Broadford.

Lawson Bopping (Empire Kawasaki) – Fifth overall:
It was a great weekend and I had a lot of fun with the team. I struggled a little in practice and got arm pump straight up – that was to be expected – I haven’t done a national in three years. I qualified in 12th, which wasn’t real great, but I ripped an awesome start in the first moto and led for maybe 20 minutes – that was awesome! I put the fade on in the last 10 minutes and a few guys got around me. Leading those few laps at the start made my whole weekend and it was a good time! The second moto was pretty miserable, to be honest. I think I went pretty hard in the first race and I was pretty flat for the second one, but overall we’re happy.

Jesse Dobson (Husqvarna) – Ninth overall:
Today was tough, but overall really positive. I didn’t realise I made Superpole at the time and rode back to my pit and started getting undressed! I had to rush to get back on the track and I ended up with arm-pump. I had a good start in race one and pushed forward to fifth, but I only have the one bike, so when it started to get hot, I pulled over and my mechanic Aiden helped me clear the radiators rather than wreck it with a race to go, before pushing hard again to finish 12th. I was confident lining up for race two but ended up caught in the first turn pile up after the FC 450 jumped out of gear at the start and put me behind. I charged hard to sixth, 20 minutes into the race, but in the last few laps the rear wheel bearings collapsed and I had to work hard to stay on track and make sure I got to finish line. I finished seventh on track, but I was penalised 10 seconds for overtaking a lapped rider outside the track markers, when I was working hard to just keep the bike on track and moving forward, I’ve put my case to the officials for review, so we’ll see what happens there. As much as I’m confident, I surprised myself this weekend and I’m excited for the rest of the season, I’m enjoying racing and going to keep working hard for it. 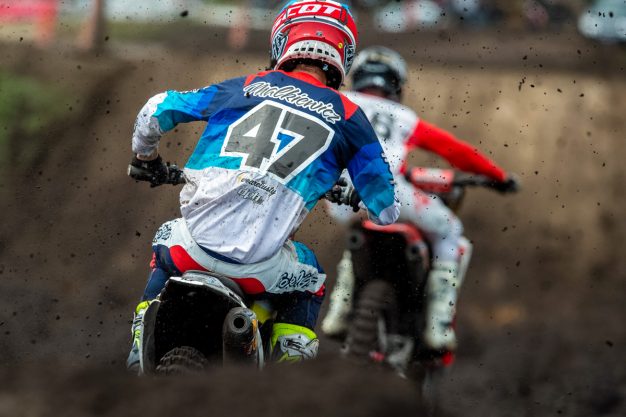 Wilson Todd (DPH Motorsport Husqvarna) – First overall:
I felt good coming into this weekend, the FC 250 is working unreal for me and I’m really comfortable being back with DPH. I wanted to really race this weekend after Appin, and I’m super stoked to have first gate pick and then take all three race wins. As the track dried it got faster, and I was able to put in some really strong, consistent laps and the hard work I’ve been putting in is really starting to show.

Bailey Malkiewicz (DPH Motorsport Husqvarna) – 13th overall:
I’m a lot happier this weekend with one top 10 finish, and I really think I can improve to be in that top 10 a lot more this year. I felt good in qualifying, even though it was pretty wet on track, but in the races, it was difficult to move forward through the pack without a strong start because the track didn’t form up the best. The second moto I had a much better start and was able to hold my ground for that sixth place.

Jay Wilson (Yamalube Yamaha Racing) – Fourth overall:
The Wonthaggi track is tough and the last couple of years we have raced here, it has been wet and very demanding on the bikes. The first moto was ok, and so was the third, but the second of the back to back races, I just missed the jump from the start, got filled-in down the straight and tried to charge my way through in the wet and sloppy conditions but fell and was covered in mud. It was frustrating and probably a bit inpatient of me considering the lack of vision I had as well as those around me. After the weekend, I’m sitting third in the championship and 14 points away from the lead so even though it wasn’t the great round for me, I’m still well in contention and we have plenty of racing still to come.

Kyle Webster (Penrite Pirelli CRF Honda Racing) – Eighth overall:
The first race in the morning was pretty wet and the mud was tough, but nevertheless I was running top four for most of the moto and was feeling good, until the last lap when my bike stopped due to overheating. With the back-to-back format I had to get back to the start and get straight on my practice bike for the second moto, which meant I didn’t get a chance to prep my gate – it meant I got a bad start and it was all I could do to work my way up to fifth by the finish of the moto. That final moto was a much better way to end a day that definitely didn’t start the way I was hoping.

Nathan Crawford (Serco Yamaha) – Ninth overall:
The first two rounds haven’t been easy for riders who have ankle or knee issues as both tracks have been rutted deep and difficult to ride. But, the good thing for me is, my body is standing up to it and I have been able to ride each round as well as I can and get through without any further damage to my leg. Ninth is far from where I want or need to be but each time things get a little better. I qualified in fifth today and wasn’t far off the pace of the next few riders in front of me, so I have to take confidence from the small things and keep working towards getting back to full strength, full fitness and then I will be able to ride to my potential.

Aaron Tanti (Serco Yamaha) – Second overall:
In the past, softer or sand tracks haven’t been my strong point and have struggled to get the results I need on those style of tracks, so it was good to ride well here in these conditions and get on the podium. I had race one under control and didn’t really feel much pressure from behind me but as I came down the pit board straight, I felt the front wheel aquaplane in the mud and by the time it grabbed traction again, I was already heading off track. But second was still a good finish. Race two was pretty average but I was able to rebound well in the final one and get on the podium. Thanks to everyone in the Serco Yamaha team. The first two rounds have been a nightmare for the mechanics and they have done a good job of keeping the bikes in great shape. Next up is Broadford and I’m looking forward to that and hopefully keep this momentum going.