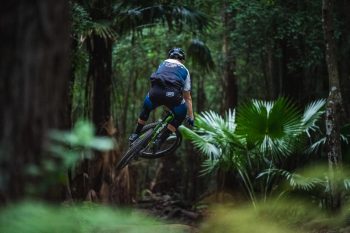 The FIM has confirmed the introduction of the inaugural E-Bike Enduro World Cup that will take place on 1-2 June 2019, as part of the Trophee de France E-VTT Enduro at Privas, France.

The electric-powered series will include two categories: Enduro1 (E1) – bikes equipped with a motor with a maximum rated continuous power of more than 250W without exceeding 45kph, and Enduro2 (E2) – also boasting a maximum continuous rated power of 250W that does not exceed 25kph.

Saturday’s opening day will utilise an urban prologue in the centre of the city, while Sunday’s main race will unfold in the surrounding hills. The main race will include three laps of approximately 25km per lap – comprising of the liaison route that will link the three special tests, that will vary in length.

These will be located in a nearby forest and will incorporate the local rocky terrain that will present its own technical challenges. Overall the course will look to test the E-Bikes’ technology plus physical condition and skills of the riders.

“I am particularly proud to announce the launch of our first E-Bike competition,” said FIM president Jorge Viegas. “Power assisted bicycles and electric powered cycles are not recent products and have long been part of the history of the FIM, as the vintage Indian motorcycle on display in our headquarters confirms.

“In fact the early motorcycles were much based on a bicycle frame with the addition of an engine, so the story has really returned back to the beginning of our evolution.

“We are convinced that E-Bike competitions have great potential and will allow young riders to participate in exciting new races. Also, we will soon announce another E-Bike competition to take place later this year.”