The riders we’re tipping will excel during this weekend’s season-opener.

The 2019 Pirelli MX Nationals kicks off this weekend at Appin in New South Wales, marking round one of 10 in the prestigious series. Predictions is MotoOnline.com.au’s brand new feature, where we call the riders that will top the weekend in our opinion. 1. Kirk Gibbs:
Following a strong campaign in the New Zealand MX Nationals, CDR Yamaha Monster Energy newcomer Kirk Gibbs is our favourite to top the podium this weekend. Always a contender for victory, the number five has never been in a better position entering a series, plus his NZ experience will come in handy at Appin this weekend, which is notoriously rutty.

2. Luke Clout:
A local at the Macarthur Motorcycle Complex, you can expect Luke Clout to be challenging his CDR Yamaha Monster Energy teammate on Sunday. Clout is very familiar with this circuit, which will certainly play into his favour. If history is anything to go by, the New South Welshman is primed for a strong showing.

3. Todd Waters:
Returning to the MX Nationals after a stint in the MXGP World Championship, we can’t wait to see what Todd Waters has to offer aboard his DPH Motorsport Husqvarna FC 450. By all accounts, the popular Queenslander has put in a big pre-season, and since it is his return, we’re tipping the number 47 is going to want to cement himself as a favourable contender from the get-go. 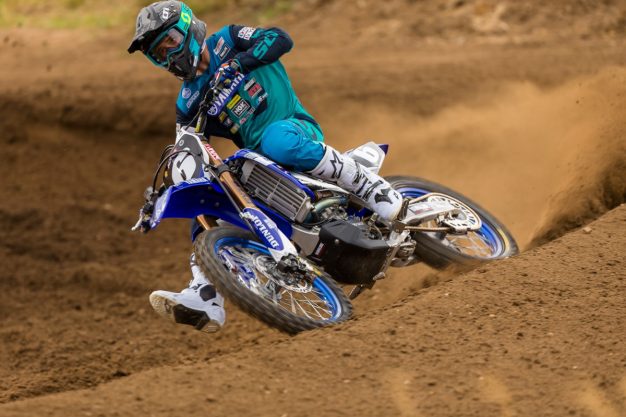 1. Jay Wilson:
With a ‘building year’ now behind him that consisted of an Australian Supercross SX2 title, Jay Wilson is our favourite to storm the MX2 category come Sunday. The Appin venue has always been kind to the Yamalube Yamaha Racing rider, finishing on the box their on a number of occasions.

2. Kyle Webster:
Coming off a strong 2018 season, and a promising two appearances in New Zealand this year, we’re slotting in Western Australian Kyle Webster to finish runner-up at the season-opener. The Penrite Pirelli CRF Honda Racing rider seems to always pull through in the toughest of conditions, and this weekend is set to serve up exactly that!

3. Wilson Todd:
Set to don the number one plate for the first time in his career, we’re predicting newly-signed DPH Motorsport Husqvarna ace and reigning champion Wilson Todd will complete the podium at the conclusion of round one. An obvious top three challenger, Todd will face the challenge of adapting to a new bike and surroundings in race conditions, but we don’t think that will slow him down.