Racer comments from the opening rounds of AORC.

A selection of riders detail the rounds one and two of the Yamaha bLU cRU Australian Off-Road Championship (AORC) in Toowoomba. Team and privateer competitors can submit comments to [email protected] by Monday afternoon after events for inclusion in the post-event Quotebook feature. 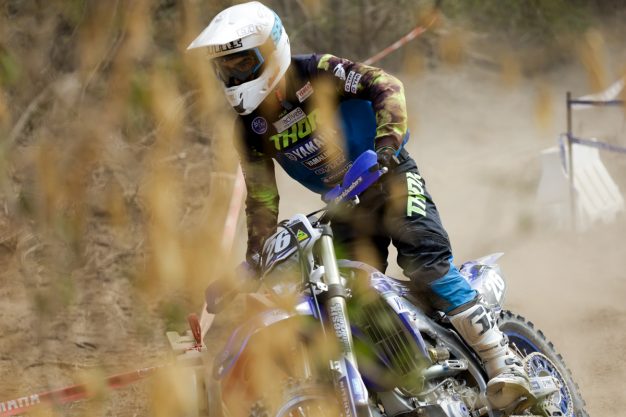 Luke Styke (Yamaha Active8 Yamalube Racing) – First/second:
I would to have liked to have won every test and take the win on both days but I made some mistakes in the first test on Sunday and lost 11 or 12 seconds. Conditions weren’t easy and riding in thick bulldust wasn’t much fun so the positive is that I came out of the weekend healthy and in good shape as far as the championship goes. The dust and heat made it tough on everyone including the teams so thanks to the Yamaha Active8 Yamalube Team for working through trying conditions and providing me with a great bike all weekend.

Michael Driscoll (Yamaha Active8 Yamalube Racing) – Third/third:
The weekend was a great start to the championship for me with two good results and some consistency across the whole weekend. I was a little off Luke and Lyndon in a couple of the tests, but it gives me plenty of motivation to keep working on my riding and get onto the level of those two and battle for the championship. But I am really happy with the progress I have made over the off season and I feel like I’m on the right path. Thanks to Josh Green for his help and also to the team fore their support and hopefully this is the start of a great year for us all.

Lyndon Snodgrass (KTM Enduro Racing Team) – Second/first:
Overall it was a good weekend for me! I didn’t feel super-confident in the sketchy conditions, but to get second yesterday and then win today is a good feeling and I’m really happy with the result. Riding the KTM 250 EXC-F is awesome for me, it’s really light and handles so well, which was positive for me this weekend. To get these results in such tough conditions is definitely good for the KTM Enduro Racing Team.

Fraser Higlett (Husqvarna Enduro Racing Team) – Fourth/fourth:
It was a tough weekend for me, that’s for sure. The results weren’t what I wanted, but I pushed through and scored decent points, which is good. This gives me something to work from for the rest of the year and I know where I can be if I put it all together. I did have a few good test times, but struggled with some crashes this weekend, and I hope that the next rounds are more positive in terms of results. My Husqvarna FE 250 was really solid all weekend though, so now we will look ahead to the next one. Daniel Milner (KTM Enduro Racing Team) – First/first:
I gelled well with the KTM 350 EXC-F this weekend and it’s an unbelievable package for technical terrain like we had here in Toowoomba. My weekend was awesome, I just tried to stay smooth and consistent without many mistakes, even though we did have a couple of lay-downs along the way! I think every rider did. All in all, I’m absolutely stoked with how the first two rounds have started off the series and now I’m excited for the next event.

Josh Green (Yamaha Active8 Yamalube Racing) – Second/second:
On the podium both days and inside the top five outright so it was a pretty good start for me to the championship. The new WR450F went exceptionally well all weekend and we had no issues with it whatsoever. I can’t fault the bike at all as its power and handling were impressive in terrible conditions. For me, I still need to work on bridging the gap between myself and Daniel. He is riding really well at the moment, but I have to chip away at the extra speed he has and try and match his race intensity for longer at each round. He is a world champion so it’s a tough ask but I want to improve, and he is certainly the guy to chase at the moment. 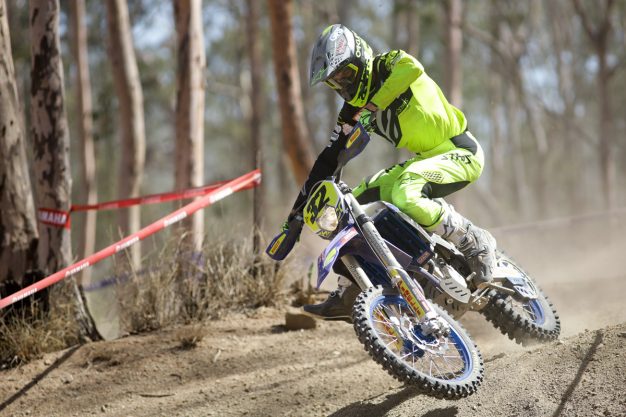 Daniel Sanders (Husqvarna Enduro Racing Team) – First/first:
To win both days in E3 was good, especially battling up front with [Daniel] Milner for the overall, so it was a strong weekend. The Husqvarna FE 501 was definitely competitive for me and I will keep working to gain strength so I can throw it around more to make the most of it in the coming rounds. It’s been a positive start to the season and now we will look ahead from this stage in the season.

Andy Wilksch (Motul Pirelli Sherco Team) – Third/second:
Happy to move up the order today at round two of the AORC. Finished up ninth overall and second in E3 today. Massive thanks to the Motul Pirelli Sherco Team, especially Derek Grundy for making everything easy to go racing. Happy with this solid start to the season! Thanks to everyone for the ongoing support.