Bacon and Gardiner storm to wins in EJ and Women's classes. Milner, who switched to the E2 division for 2019, proved to be unstoppable in the category at Queensland’s first round, defeating runner-up Josh Green (Yamaha Active8 Yamalube Racing) by over two minutes, winding up with a total time of 58m12.545s over the five-test Sprint format.

Yamaha-mounted contender Jeremy Carpentier was third, a minute off Green, while the top five was locked out by Broc Grabham (Honda) and Brad Hardaker (Yamaha). 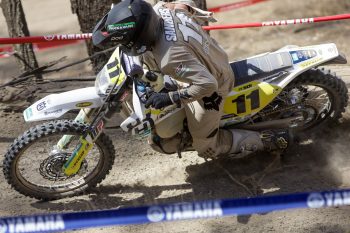 In the E3 division, it was all about Sanders, despite encountering a number of mistakes. He was able to rebound strongly, posting an overall time of 58m18.484s, four minutes clear of second’s Beau Ralston (Husqvarna). Andy Wilksch (Motul Pirelli Sherco Team) rounded out the podium ahead of Jesse Lawton (Husqvarna) and Matt Murry (Husqvarna). 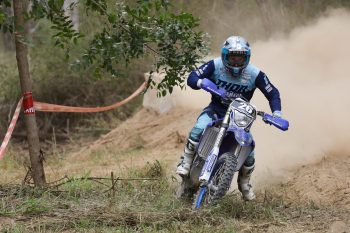 The EJ category was taken out by Kyron Bacon (KTM), as the Women’s class saw Jessica Gardiner (Yamaha) reign supreme. Racing recommences tomorrow for round two of the series. 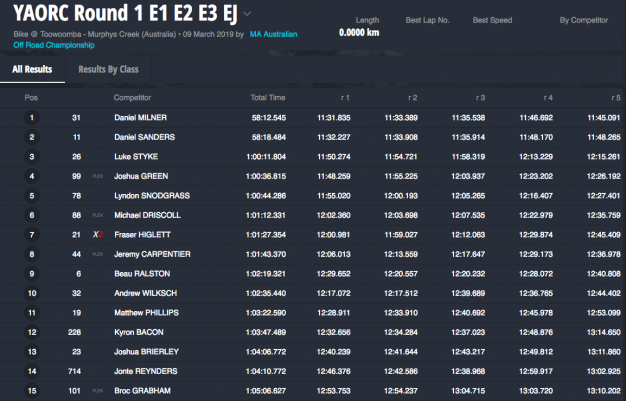