It’s all go at this time of year in terms of racing both here in Australia and around the world, which is why this is most definitely one of our favourite times of the year. Welcome to Motoview on MotoOnline.com.au, presented by Thor MX Australia.

While Jeremy will delve into that terrific debut of Australian newcomer Mitch Evans in the MX2 World Championship below, what I wanted to focus upon for today is the Yamaha Australian Off-Road Championship (AORC) that will take-off this weekend in Toowoomba, Queensland. Rounds one and two have arrived, making for what will be a truly competitive start to the season.

While Milner and Sanders effectively switch classes and will again vie for the unofficial outright honours for those elusive bragging rights, it’s the E1 division that – on paper at least – will be intriguing in the race for the championship. Will Styke be able to defend against the likes of Snodgrass, the ever-improving Higlett and last year’s Under 19s EJ champion Driscoll? It’ll be fascinating to watch! 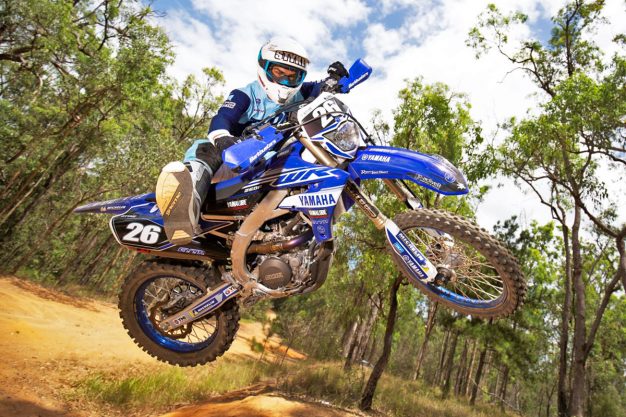 The big news this week was that four-time world champion Matty Phillips will be back in the AORC full-time after taking some time out, riding a privateer KTM and coming in as a legitimate dark-horse. We can’t wait to see how he fares actually and he too will be in E1 to start the season, but has stated that he will ride a variety of bikes in different classes as the year goes on.

Over 250 riders will play a part in the opening rounds, split between the pro categories including the Women, EJ, 2-Stroke Cup, Juniors, Masters, Veterans and Clubman. Good news is, MotoOnline.com.au will be on location to follow all the action as it plays out and we’re stoked to be heading to at least half the AORC rounds during 2019, as well as the four-day later on in the year. Here’s Jeremy with more…

What a start to Mitch Evans’ MX2 World Championship career, hey? We knew he’d be strong, but I don’t think many of us anticipated him to podium at the very first round.

It’s an incredible effort from the Queenslander, especially when you look at other Aussies who have headed over to Europe with perhaps more credentials than him. He seems to be gelling well with the Honda CRF250R and being back aboard a smaller capacity machine. Hopefully this is just a sign of things to come!

I mentioned it last week in our Rewind feature, but it was only two and half years ago that Evans was selected to represent Team Australia at the Monster Energy FIM Motocross of Nations (MXoN) in Italy. He received the call up at the last-minute, directly after taking part the opening round of supercross, and immediately headed over to fill in for Jed Beaton. 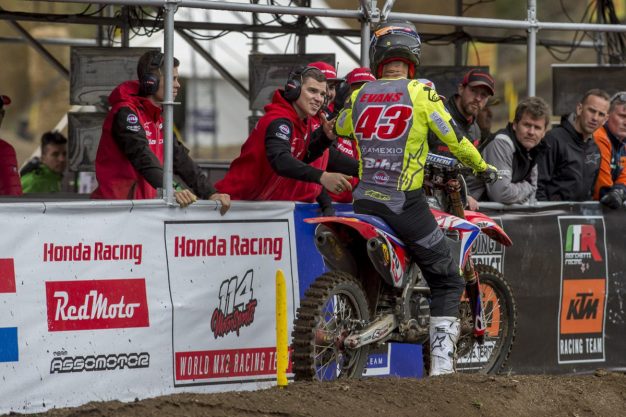 When that news surfaced, I clearly remember our social channels blowing up, mainly with criticism towards Motorcycling Australia for selecting him. Despite that, he did the country proud, and just two years later earned himself a spot on the team, and ultimately, a deal in the world championship.

It’s pretty amazing what can happen in the sport in just a period of time, particularly when you have the drive to make it happen. Here’s snippet of a conversation I had with Evans just days after that 2016 MXoN: “I was sitting there before the first moto on Sunday and I was pretty nervous,” he recalled. “I was looking out at all of the fans everywhere – there was heaps of people there. The commentators started piping them up and the crowd just went off.

That’s a pretty cool quote to look back on now as he makes his mark on the world stage. I can’t wait to see how his rookie campaign pans out, and I’m equally excited to see Jed Beaton back in the mix with him once he returns from injury.