Rewind: The rise of Mitch Evans

In September 2016, then MXD champion Mitch Evans received the last minute call up for Team Australia’s Motocross of Nations (MXoN) squad, a decision widely criticised by race fans across the nation. This weekend, he makes his debut in the MX2 World Championship with Team Honda 114 Motorsports.

It’s been a crazy two and half years for the Cairns talent, rapidly rising through the ranks domestically before earning a surprise deal on the world circuit, ultimately fulfilling the position vacated by compatriot Hunter Lawrence.

Coming off a stellar 2016 MX Nationals campaign in the MXD category that saw him lift his first title since graduating from the junior ranks, Evans commenced preparations for his SX2 debut in the Australian Supercross Championship. Easing through the Jimboomba opener, winding up 16th in the main event.

Things would drastically change in the 24 hours following the event – at 17 years of age and still attending high school, Evans received the phone call to fill-in for Jed Beaton at Maggiora’s MXoN in Italy after the MX2 champion injured his collarbone in the lead-up to the prestigious event. 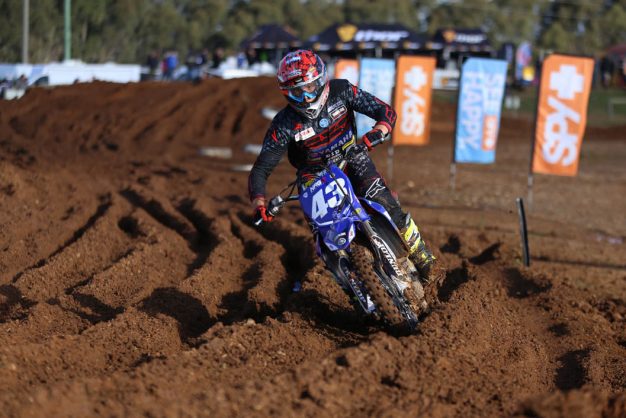 A number of contributing factors led to his call-up – there was the fact the event was commencing five days later on the other side of the world, and a Yamaha YZ250F was already prepared and organised – the same machine that Evans had been piloting all year long. While there was a small selection of riders considered for the spot, he was the most well suited candidate.

Despite that, when news broke of his role to replace Beaton alongside Todd Waters and Dean Ferris, it was heavily criticised by fans across the country, with many writing off Team Australia for any significant result. You can kind of see why, though, as he’d never even contested a MX2 race domestically, let alone on the world stage at the biggest motocross event on the calendar.

“I was shocked and blown away when I got the call, but I soon realised it wasn’t just as easy as jumping on a plane and going over there,” said Evans. “I had to fly back to Cairns to get my passport and a few other things, we also had to organise riding gear and a heap of other stuff. It was a pretty hectic 40 hours from when I first found out I was going to when I left.”

Even though he had a severe lack of preparation, Evans took on the responsibility of representing Australia and assisted the country in claiming eighth overall after recording 35-37 results.

“I was sitting there before the first moto on Sunday and I was pretty nervous,” he recalled. “I was looking out at all of the fans everywhere – there was heaps of people there. The commentators started piping them up and the crowd just went off. 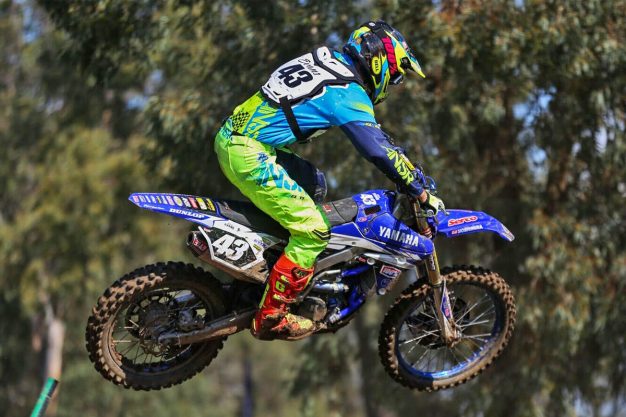 Promoted to Serco Yamaha for the 2017 season and graduating to the MX2 category, the Queenslander recorded a number of impressive finishes, landing on the podium numerous times to position himself in the title hunt at Coolum’s season-finale, falling short of the crown to wind up third.

Moving through an impressive AUS Supercross campaign that year, it all came crashing down at the Monster Energy AUS-X Open when a mid-air collision with Aaron Tanti resulted in a violent fall, suffering multiple vertebrae fractures in his lower back, while also sustaining two fractures to his pelvic bone.

Down but not out, he signed with Raceline KTM a number of weeks later, announcing he’d make the shock move to the premier MX1 class. An unknown in the category, he entered the opening round of the 2018 MX Nationals without being on anyone’s radar. But that was short-lived after he secured a podium on debut. 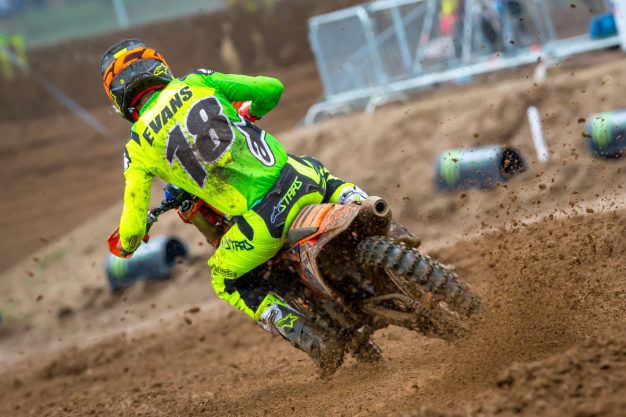 Proving not be a fluke, he wound up on the podium on two more occasions while consistently being a top five contender. It was that consistency that granted him vice-champion honours in rookie season, and ultimately, another opportunity to represent Team Australia at the MXoN in the USA. This time around, he earned the position with the respect and support of race fans.

Recording 10-14 scores in back to back motos, Evans, along with team members Hunter Lawrence and Kirk Gibbs, rewarded the country with its best result since the 2011 MXoN, finishing just two points shy of the podium in fourth position. A combination of his amazing rookie season in the MX Nationals paired with a strong MXoN showing put him on the radar of factory-supported Team Honda 114 Motorsports, signing with the European outfit after being released from a contract to remain with Raceline KTM in 2019.

“I am grateful for the opportunity that Honda 114 Motorsports has presented me,” Evans commented when the announcement was made public in January. “Racing in the FIM Motocross World Championship has been a goal of mine since I competed in the world junior championship in 2010. There is a lot for me to learn and I am looking forward to the challenges ahead. I am excited to be racing with the best in the world.”

Finishing third at last weekend’s Lacapelle Marival International Motocross in France, Evans is clearly finding his feet aboard the Honda in Europe ahead of the MXGP opener at Nequen in Argentina this Saturday and Sunday. It’s been an incredible journey for Mitch Evans so far, but really, it’s just the beginning.