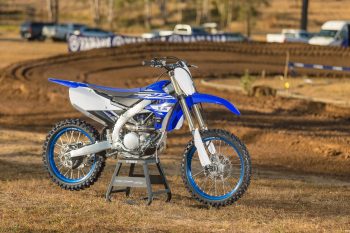 Honda Motorcycles Australia has topped overall sales for 2018 according to the latest Federal Chamber of Automotive Industries (FCAI) report, which has indicated a 8.7 percent decline in overall sales for the industry from 2017.

The Japanese manufacturer rounded out the year with 22,735 motorcycles sold, edging out Yamaha Motor Australia’s 21,145 units and Kawasaki Motors’ 9376 sales.

The off-road market saw Yamaha emerge as the best seller after 11,055 units were sold, followed by Honda’s 9807 sales and KTM Australia’s 5900.

Yamaha reigned supreme in the motocross division with its ever-popular YZ250F (797 units sold) topping the class along with the all-new YZ450F (768 units sold), as the Honda CRF450R (736 units sold) ended the year third on the sales charts.