Yamaha Racing ready to roar into 2019 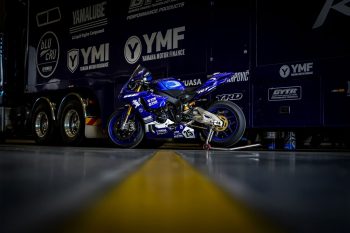 Yamaha Motor Australia can reveal their racing plans for the 2019 season that will see the bLU cRU contend for more national championships in all aspects of racing and continue their passionate involvement in racing in Australia.

Coming from an ultra-successful 2018 season that saw every national team claim a major championship, Yamaha is again motivated to carry on that success and believe they have the teams, riders and personnel in place to make 2019 even better.

Road Racing
Yamaha’s road efforts will again be spearheaded by the Yamaha Race Team and feature two riders contesting the Australian Superbike Championship on the thundering Yamaha YZF- R1M. YRT have been a main stay of the Australian Road racing scene and will continue under the management of John Redding with Kevin Marshall steering the technical development of the race machines.

The 2019 rider line up will be announced in the coming weeks but YRT will again chase the ASBK Championship with a revamped team that is eager to get back on the top step of the podium.

Off-Road
The off road segment is of huge importance to Yamaha and there is no better way to show case the performance of the all new WR450F than competing in the Australian Off Road championship. And the Yamalube Yamaha Active 8 Team are already in full swing for 2019 with riders on board and pre- season testing already under way. The team will have a three rider attack in 2019 and will be out to take victory in the AORC, A4DE as well as high profile stand-alone events like the Hattah Desert race.

Former champ, AJ Roberts, will continue to guide his team through the 2019 championships passing on his years of experience and knowledge that only a former pro can offer and armed with a new WR450F, the team will be looking to make the 2019 season their best yet.

Motocross / Supercross
Yamaha’s presence in the motocross space in Australia is massive with four major teams contesting the MX Nationals and Australian Supercross Championships as well as a national junior program that is the largest in the country. And there is no slowing down for 2019 as the teams are already preparing for a huge season ahead.

Headlining Yamaha’s motocross effort is the CDR Yamaha Monster Energy Team. Now entering their 27th year, CDR Yamaha are not only Australia’s longest running professional motocross team, they are far and away Australian’s most successful amassing countless national championships since their inception in 1992. The team are going for four in a row in the MX Nationals and have racked up a staggering eight MX Nationals championships, in the premier MX1 class (450cc), in the past 11 seasons.

Serco Yamaha will again be tackling the MX2 (250cc) category for their 15th year in partnership with Yamaha Motor Australia. Serco have proven to be the benchmark team in the MX2 category and claimed multiple motocross and supercross championships in the 15-year history. Armed with the all- new 2019 YZ250F, Serco Yamaha will again be in the thick of the action when the major championships are decided towards the end of the 2019 season.

The Under 19, or MXD class has been a strength for Yamaha racing with plenty of Yamaha success in the championships short history. Since coming into the MX Nationals in 2007, Yamaha have won the development class six times, the most recent in 2018 when the WBR Yamaha team raced to a 1-2 championship result in their first year as the official Yamaha MXD team. WBR Yamaha, a shop-based team from Echuca in Victoria, will again handle the MXD duties and have two riders ready to unleash come round one in March.

And just to ensure all the bases are covered and nothing slips through the cracks, the Yamalube Yamaha Racing team will continue with a two rider program, but unlike 2018 where the team focused on the MX2 class, in 2019 they will field a rider in both MX1 and MX2 and allow Yamaha to have three quality riders in each of the MX1 and MX2 classes.

The kids aren’t forgotten in the Yamaha racing structure as Yamaha Junior Racing continues to unearth and nurture future racing talent and will again be out in full force in 2019 with 14 riders across six states. Yamaha Junior racing has been a great breeding ground for aspiring racers and provides a path way for hard working and successful riders that can take then into the bLU cRU family from a seven-year-old on a YZ65 through to a full team professional on a YZ450F with the CDR Yamaha Monster Energy team.

After four successful rounds the YZ65 Cup will return next year. The exciting, money can’t buy experience, available only to YZ65 owners was extremely popular in 2018 and is planned to be back bigger and better for the 2019 season. More information will be released soon including a complete calendar and details on how you can be part of the action.

“Yamaha Motor Australia have a proud and successful racing history and it is one of the foundations of which Yamaha is built on,” comments Motorsport Manager, Ray Howard. “We invest heavily in motorsport as we believe it is not only a great showcase for our products but also the best development grounds to create better ones and Yamaha continue to push the envelope in terms of product development and performance.

“Some of our highest selling bikes, like the WR450 as well as the YZ250F and YZ450F are also racing bikes and our success on the race track has a correlation back to the showroom floor and therefore we will continue to strive for on track success with all our race teams.

“We look forward to an exciting 2019 in all aspects of racing and are confident we have the bikes, riders, teams and sponsorships in place to make it another memorable year for Yamaha.”

An individual team line up will be available in the coming weeks as well as any updates in team structure or team partners.