Reflecting on Reed's appearances at the AUS-X Open ahead of the 2018 edition.

After cruelly missing out on last year’s Monster Energy AUS-X Open Sydney due to an ankle injury, Australian supercross legend Chad Reed is making his way home for the 2018 edition of the prestigious event this weekend.

Reed’s attendance is always special at the AUS-X Open, although the famous number 22 has indicated this Saturday night could very well mark his final professional race following an illustrious career, and he’ll have his entire family – who have also travelled from the US – by his side to witness it.

While a contract for the 2019 Monster Energy AMA Supercross Championship still remains up in the air, we’re taking a look back at Reed’s heroics at the AUS-X Open since its inception in 2015. 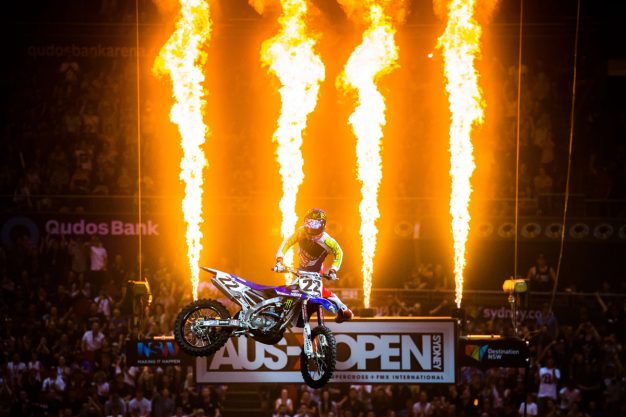 The two-time supercross world champion has starred on multiple occasions inside Qudos Bank Arena, but nothing compares to the stunning victory he captured at the inaugural night of the event, which saw him light up a sell out crowd.

The opening SX1 main event in 2015 was all about the then Yamaha-mounted Reed, who made a popular six-second victory upon return home for the first time in three years, using the fly by lane early on to sprint away. He didn’t it have it all his own way on night two, and was forced to accept second to youthful American Cooper Webb. It was a phenomenal display from the duo, as just 0.268s after 20 gruelling laps.

The year 2016, Reed’s last AUS-X Open appearance, proved to be an incredibly powerful performance from the in-form New South Welshman. Once again mounted aboard Yamaha machinery, Reed stalked Justin Brayton for the lead throughout the first half of the race and seized on the opportunity of a mistake made by Brayton on lap 16 to take charge. 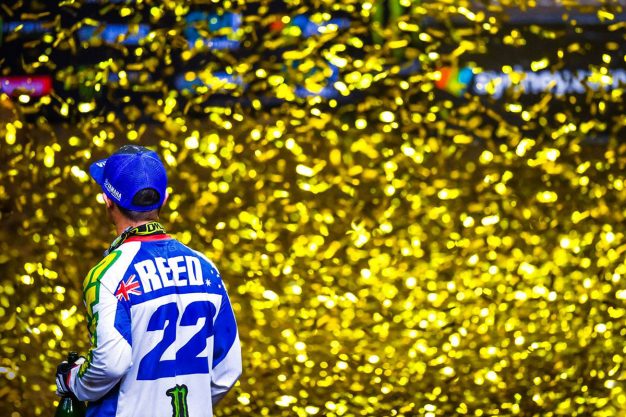 That enabled Reed to take off at the front for a 6.191s victory, which welcomed an overwhelming roar from the crowd inside the arena. He shone on night two, delivering a commanding display of riding, this time taking the win ahead of then teammate Webb 1.804s. The fan-favourite capped off a stellar weekend with a celebratory shoey, engaging a welcoming response from thousands that packed out Qudos Bank Arena.

Regardless if this weekend ends up being his last ever professional outing, Reed will lay it on the line in an effort to go out on top in front of a supportive home crowd. Equipped with an Autotrader Yoshimura Suzuki Factory Racing RMZ-450, he just the right machinery to do it.