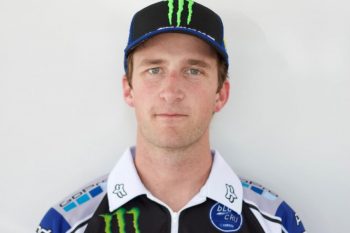 Bopping, who raced for the team in 2012 and 2013, took a couple of years away from racing due to health concerns but returned for this years’ Australian Supercross Championship and has been placing well in the premier SX1 division where he currently sits in eighth place with just the Sydney round remaining.

“With the last two events of the year the highest profile on our racing calendar, I felt it was important that we were well represented by having two bikes on the track,” explains Team Manager, Craig Dack. “We have a commitment to our sponsors to provide them with quality riders, good coverage at events and solid results and we believe Lawson can fill that role for us at these two events.

“Lawson will slot in easily for us as he knows everyone on the team, has worked with us in the past and is very comfortable on the Yamaha YZ450F. We have no expectations on him other them compete like he has every other weekend and represent our team, brand and sponsors well and I’m sure he will do a great job.

“It’s a shame that injures to Dean Ferris and Nathan Crawford have occurred, but racing is a tough game sometimes. The good news is both are recovering well and will be back to 100% in the near future,” Dack ends.

For Bopping, it’s an unexpected return to the big rigs of professional racing. At the end of the 2015 season, Bopping took some time off racing to allow his health to recover after running himself into the ground. Although he stopped racing, he never lost his love for riding a dirt bike and now with his health back under control, Bopping opted to join back into the racing fray for the 2018 Australian Supercross Championship and has enjoyed life in the fast lane once again.

“I was pretty ran down by the end of the 2015 season and it felt like I just never had any energy so I had to make the call to step away from racing and get my body right. I wouldn’t say I’m 100% fit, but I feel pretty healthy at the moment and I’m loving being back at the races and doing supercross.

“It’s pretty exciting to get the call from Craig to do these final two rounds. It’s never good to get the gig because of rider injures so I feel for both Dean and Nathan in their situations.

“It’s going to be fun racing for CDR Yamaha again and I look forward to hanging out with the guys and racing their amazing bikes for the next couple of weekends and hopefully I can do a good job of keeping the CDR Yamaha Monster Energy Team flag flying high,” Bopping said.

Current CDR Yamaha Monster Energy Team racer, Dylan Long, sits fifth in the points and looking to improve at the final round in Sydney.

The AUS-X Open roars to life at Qudos Bank Arena in Sydney on November 9 and 10, while the SX Open in Auckland will tear up Mt Smart Stadium on November 27.