Penrite Honda Racing’s Justin Brayton has extended his SX1 points advantage after claiming the overall win at Geelong’s third round of the Australian Supercross Championship, as Serco Yamaha’s Wilson Todd was triumphant in the SX2 category for the first time this season.

It was Brayton once again at the front of the SX1 field in main event one, storming to P1 from the get-go with Luke Clout (KTM Motocross Racing Team) and Brett Metcalfe trailing from the early stages. An error saw Clout drop to fourth, allowing Metcalfe and Dan Reardon (Yamaha) to complete positions two and three, as Lawson Bopping (Kawasaki) wound in fifth.

Clout led for the better half of main event two, although a crash on lap six saw him forced out of the encounter. Metcalfe capitalised to take a commanding win, as Brayton came from behind to seal second over Reardon. American Jace Owen (Complete Parts Kawasaki Racing) was fourth ahead of CDR Yamaha Monster Energy’s Dylan Long.

Unstoppable Brayton dominated the third and final premier class main, crossing the line with a convincing 3.061s advantage over Metcalfe, who comfortably took home second. Reardon fended off Long for third right to the chequered flag, as Owen clinched onto fifth. On the overall podium it was Brayton, Metcalfe and Reardon. 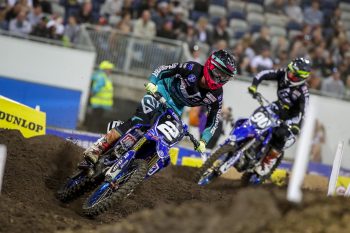 In main event two, Alix took control in the early laps while being stalked by champion leader Jay Wilson (Yamalube Yamaha Racing), but it only lasted until the halfway point when the red-plate holder made his move stick, ultimately collecting the win. Taft was able snatch second as Alix settled for third, with positions four and five being awarded to Hayes and Hayden Mellross (DPH Motorsport Husqvarna).

Wilson took to the lead for greater portion of the final SX2 main before coming under attacked from Mellross in dying laps. The duo battled it out, but it was Mellross who made a welcomed return to the top step of the podium. Todd crossed the line in third trailed by Hayes and Richardson. Overall, it was Todd, Hayes and Wilson who stood on the overall podium.

The Australian Supercross Championship heads to Port Adelaide in South Australia next weekend for the penultimate stop of the five round series. 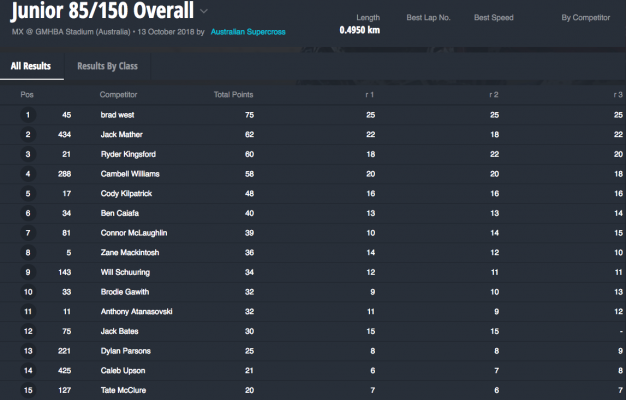 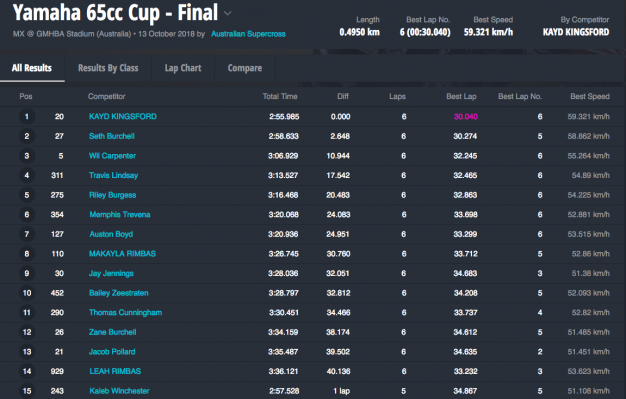