Contenders to keep an eye on in the 2018 Australian Supercross Championship.

The 2018 Australian Supercross Championship is shaping up to be one of the most interesting seasons yet, not only with AUS SX Holdings taking over the commercial rights, but also the extensive depth of talent amongst both classes featuring both domestic and international athletes. In this edition of Top 10, MotoOnline.com.au narrows down 10 riders to watch in the upcoming series. 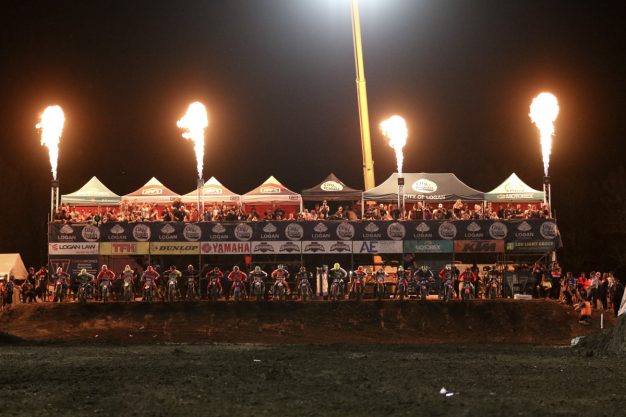 1. Justin Brayton (Penrite Honda Racing):
With two consecutive Australian Supercross crowns to his name and a stellar campaign in this year’s Monster Energy AMA Supercross Championship, Penrite Honda Racing’s Justin Brayton is without a doubt the number one rider to watch. With the number one plate, he’ll be highly-competitive all season long as he bids for a third title.

2. Dean Ferris (CDR Yamaha Monster Energy Team):
Always a contender in supercross, we’re anticipating Dean Ferris to be a strong force in the title fight, particularly with the increased focus and preparation he’s had in comparison to recent years, where he’s been forced to juggle MXoN training with supercross. Count on him to be right in the mix!

3. Dan Reardon (Yamaha):
Fresh after announcing his unique and tailored team set-up for AUS Supercross this week, we’re sensing a powerful and potent Dan Reardon in 2018. He’s back on Yamaha machinery – the manufacturer he last won a title on in 2015 – and he’s working with the brands and personnel he wants to work with. A happy rider is a fast rider!

4. Hayden Mellross (DPH Motorsport Husqvarna):
Back from an extensive campaign in America, Hayden Mellross returns to the DPH squad, albeit aboard Husqvarna machinery. It will be interesting to see how he transitions to the FC 250 after so many years on Yamaha, although we’re still marking him as the title favourite if he can get through the season unscathed.

5. Jackson Richardson (CRF Penrite Honda Racing):
You don’t earn two Australian SX2 championships for no reason, which is exactly why you need to keep your eye on Jackson Richardson. It could be a slow start for the popular Queenslander as he returns from a shoulder injury, but as he proved last year, you can never rule him out of title contention. 6. Luke Clout (KTM Motocross Racing Team):
The 2018 Pirelli MX Nationals marked an incredible campaign for Luke Clout, but the New South Welshman has always been vocal that his preferred and favoured discipline is supercross. The premier class is stacked, however we’re tipping the talented number four to position himself right on the podium.

7. Dakota Alix (KTM Motocross Racing Team):
A long-time KTM rider on the AMA pro circuit, 22-year-old Dakota Alix is sure throw up a challenge in the SX2 category. He’s got a solid team behind and has been testing in Australia for the past few weeks. Match that up with his experience in the discipline, and you’ve got yourself potential race winner.

8. Jace Owen (Complete Parts Kawasaki Racing):
Piloting Kawasaki’s all-new 2019 KX450, it’s going to be interesting to see where the AMA Arenacross regular sits in the SX1 field. The American is also on the rebound from a knee injury that sidelined him for much of the year, so a lack of racing could play against him, so it’s going to be a case of waiting and seeing with the number five, which is why he’s one to watch.

9. Jacob Hayes (Serco Yamaha):
The reigning AMA Arenacross champion, Jacob Hayes will be a serious threat in the SX2 category aboard the championship-winning Serco Yamaha YZ250F. Spending most of his pre-season in the US and most recently making his way to Australia, there’s no questioning that he’ll be well acquainted with his new machine ahead of Jimboomba’s opener.

10. Jay Wilson (Yamalube Yamaha Racing):
A former MX2 motocross champion and MXD supecross champion, we’re expecting to see Jay Wilson to be in fine form come Saturday. The number six displayed promising pace at the end of last year’s campaign, and it was the same this year in the MX Nationals. If he can carry and maintain that momentum, then he’s more than capable of adding a SX2 crown to his list of accolades.