Revealing details of his unique team set-up for the Australian Supercross Championship today, MotoOnine.com.au tracked down Dan Reardon to delve into the finer details of the deal that will see him host a selection of hand-picked sponsors and personnel as endeavours to clinch the SX1 crown. 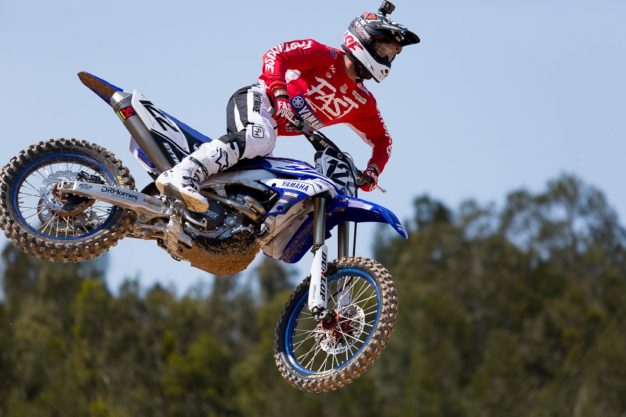 The details are out about your supercross plans. You must be excited to have everything together now…

Yeah, I definitely am. It’s been a lot of work behind the scenes and there has been a lot things happening to try and organise the group of people that we have. Yamaha Racing has jumped on board, and the bike unbelievable – we all know that. I’ve got Oilfield Piping Systems as a major sponsors along with DR Homes – I actually built my house with them – and there’s Boost Mobile, GYTR – the list goes on. We have a really good small group of people that I’ve pretty much hand-picked and decided that I want work with them. I’m just really excited about what we’ve been able to put together in the last three months.

It’s a unique set-up, how has the process been in drawing in all of the support?

It’s been hard work. To be honest, I can really appreciate what goes into [a factory team] – my team is smaller than a large, large team, but we were able to put some pretty cool things together in a short period of time. It’s been stressful over the last couple of weeks making sure everything is ready to go from gathering our sponsors and going over the layout of the bike and making sure everyone is happy with what they have and what they see. Then there’s putting a press release together and testing new products – my plate has been full in the past few weeks. It’s a process that I’ve actually quite enjoyed.

Pulling in outside industry sponsors seems to be a real strength of yours. Over the years we’ve seen you branded with a host of companies that most of us have never heard of. Accomplishments aside, how have you made yourself a lucrative marketing icon in the sport domestically?

The biggest thing I’ve learned when trying the attract companies outside of the industry is that I don’t sell myself initially – unfortunately, I have to sell the sport [to them]. A lot of these companies don’t know what the sport is, so I have to show them. I rely on the data from the guys at AUS Supercross and the AUS-X Open so I can actually sell the sport and show them this is what we do and this how amazing it is. On top of that, I sell myself. I do work hard in trying to achieve that, I’m passionate and I obviously want to create a program that’s well suited to myself, but I’m also passionate about the sport. If I can bring in companies from outside of the industry and keep them in there, then I think everybody wins. The more people the better I believe. 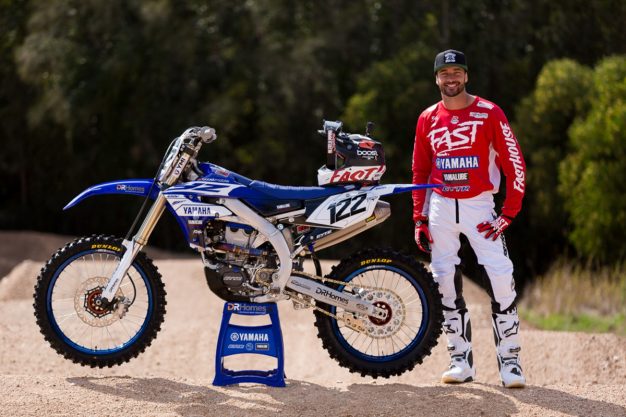 What’s the situation like in terms of transporting your bike to the rounds, as well as you’re pit set-up at the races?

I’ll be under the GYTR Yamaha truck, which is in-house Yamaha. Michael Marty, who a lot of people know about, he worked for Serco Yamaha for a number of years and he’ll be my mechanic. Mike Ward works really hard behind the scenes, and he pretty much takes care of everything between Monday and Friday – he has had a lot to do with getting the bike to the point that it’s at. We just tested the race bike today and probably will again tomorrow.

I was going to ask if you have any concerns about not having the infrastructure of a factory team around you, but it seems you’ll still be quite well set-up…

I don’t want there to be any misconceptions of what the program actually is – this is a solid program that is as good as it’s going to get anywhere in Australia. I’ve been involved in this sport for a long time and I understand what needs to go into a bike and team to make it work. Yes, it’s a small team, but that doesn’t mean that it’s not capable of doing big things. I’m really pumped and excited. People know I like to think outside of the box and get companies involved to create something new and unique. We’ve hit the target leading into the season, and as I get older, I really appreciate what I do and what other people do. I’m just excited for the season to kick-off.

We’re only a few days away from round one. Where would you say your form is at?

I’m feel ready and I feel good. We’re just doing our final touches today and tomorrow – and that’s just a comfort thing. We all know when you ride your race bike that it feels different from your race bike – you don’t ride hours upon hours on it, so we’re just fine tuning the race bike and understanding what Jimboomba is and the track that it’s going to be. We’re just preparing for that, but I feel ready, I’m excited to be part of this program aand I’m excited to part of supercross this year.