Crump, Bayliss and more added to South Australian round of series. 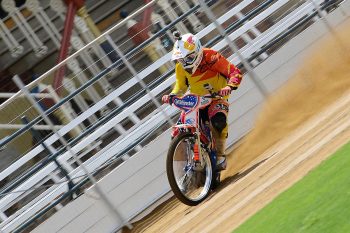 Plenty of action will take place both on and off the supercross track at this year’s Port Adelaide round of the Australian Supercross Championship at Gillman Speedway on 20 October.

5000 fans are expected to sell out Gillman Speedway, Port Adelaide to see the Australia’s best supercross racers take on the Americans in bar-to-bar supercross action.

It will be a rider’s dream with up to 6000 tonnes of dirt trucked in to create the perfect track, certain to produce incredible racing and with the announcement of the Triple Crown format it’s going to be supercross at its best. With a rumoured five Americans competing, Port Adelaide spectators will see the some of the top riders from across the world take on Australia’s best.

Visitors can expect to see three-time Speedway world champion Jason ‘Crumpy’ Crump do a one-off incredible demonstration that will have all fans on the edge of their seats. Crump will be bringing one of his special speedway bikes and has told fans he’ll 110 percent be on the gas to entertain the crowd.

“I’ve done a few laps at Gillman Speedway in the past, it’s a great track, you are real close to the fans and the speedway itself is one of the best in Australia,” Crump said. “Supercross at Gillman will be incredible and I can’t wait to come over and cut some laps for the crowd. I hope all of South Australia supports the event and I hope to see many old and new fans on the day.”

Trophy Karts have also been added to the night’s motorsport entertainment and three-time Superbike world champion Troy Bayliss was the first to put his hand up to race: “These Trophy Karts look so much fun, I can’t wait to tear up Gillman Speedway along with a handful of other guest that will compete on the night.

“The first two I would like to announce is Jason Crump, he can’t wait to jump behind the wheel and hit some jumps. The second driver is young South Australian, 2018 UTV Finke winner and Australian Off-Road Championship runner-up, Toby Whateley. Toby is incredible behind the wheel, no doubt he will turn it on for his home state and will have the entire crowd behind him.”

South Australian fans are urged to purchase tickets online, with the capacity crowd and close to half already sold round four of the Australian Supercross Championship is one of the hottest tickets in town. For further information, visit www.australiansupercross.com.au or click this link for details. 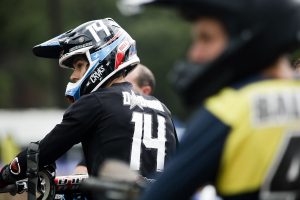 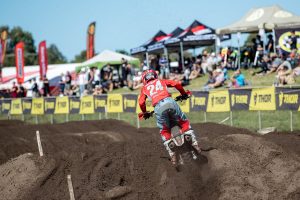