The first seven months of 2018 have provided New South Wales talent Jy Roberts with a number of experiences and opportunities that many will never get to experience in their careers.

He commenced his rookie campaign in the MX2 category of the Pirelli MX Nationals in April, and it was only a matter of rounds before he recorded a race win and overall podium finish, which came at Murray Bridge’s fifth stop in May.

At the weekend, he took on the biggest opportunity of his racing career, and that was a wildcard entry to the 13th round of the MX2 World Championship in Semarang, Indonesia. Not only did it mark his first race on the world stage, but it was also his first time competing outside of Australia. “I just wanted to go over there, have fun and do the best that I can – I had nothing lose and heaps to gain,” Roberts explained to MotoOnline.com.au

Qualifying in 14th, he set himself up for a solid gate pick in Sunday’s two gruelling 30-minute plus two-lap motos. The opening affair saw him recover from an early crash, rebounding for an impressive 12th pace finish – on position shy of Rockstar Energy Husqvarna Factory Racing contender Thomas Kjer Olsen. 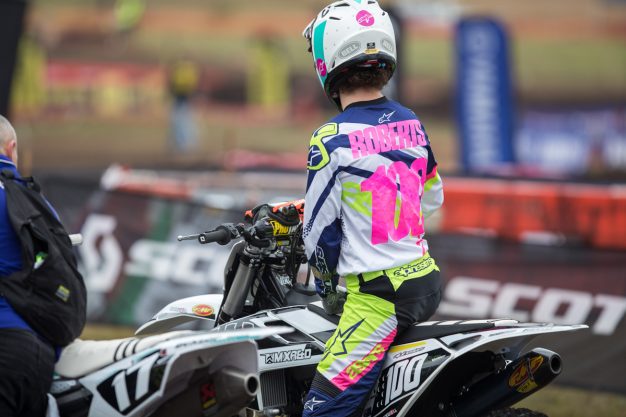 He returned in race two looking to improve on his already strong result, and a start that saw him placed within the top five was a sure-fire way of doing it. He settled into seventh, where he remained for much of the moto, although misfortune would strike the teenager as he high-sided into a jump, calling for an end to his weekend.

“I made couple of mistakes in the races,” he continued. “In the first moto I slid out in a slick spot, but I got up and got back to 12th. The second race I got a real good start, I think I came cross the hole-shot line around third.

“The faster boys got me pretty early and I slipped back to around seventh. I stayed there for around half of the race, but then I high-sided into an up-ramp. I bruised my hip and bent my bike, so I had to pull in, but I was still put down for 15th, so that put me 14th overall.”

Roberts says lining up against the world best riders was an indescribable experience, and he admits that while he was nervous in the lead-up, they were completely eradicated once the 30-second board was displayed. 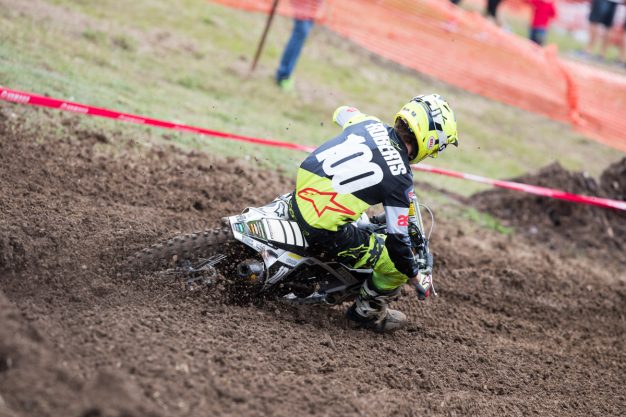 “It’s definitely hard to describe lining up knowing I was going to race the best in the world for 30 minutes plus two laps – I was a little nervous before the race, but once the 30-second board went, that went out of my head. I just tried to do what I do back here in Australia.”

The experience has only grown Roberts’ desire to race on the world stage full-time, and with a life-long ambition to challenge the AMA pro circuit, he admits his brief time in the grand prix as added to his interest of racing in the world championship.

“I want to go to America because I like doing supercross, but that was my first time racing overseas, so I was stoked the opportunity came up. I definitely want to do more MXGPs, I just need to line-up some more opportunities and hopefully things go well and I can do some more races.”

The Husqvarna-mounted privateer will return to action domestically in Australia this weekend at Raymond Terrace in New South Wales, marking rounds seven and eight of the MX Nationals.