Racer comments from Queensland's sixth round of the season.

A selection of riders detail round six of the 2018 Pirelli MX Nationals at Conondale, Queensland. Team and privateer competitors can submit comments to [email protected] by Monday afternoon after events for inclusion in the post-event Quotebook feature. 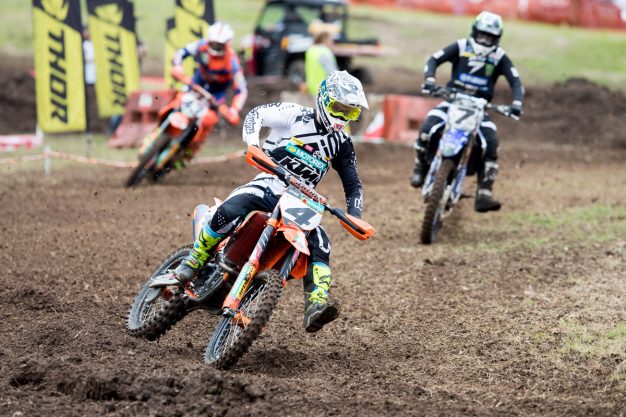 Dean Ferris (CDR Yamaha Monster Energy Team) – First overall:
It wasn’t easy today and I had to dig deep to get both race wins. My starts weren’t what they needed to be and the speed of the top five guys was good so it made for hard work. But it is rewarding to win it this way and I’m glad I was able to make it happen. I still want challenges, and I want to race and that’s what I got today and I’m excited about that. Conondale is one of my favourite tracks and it was cool to have a good crowd here to watch as well as plenty of friends and family that stopped by to lend their support. The CDR Yamaha Monster Energy Team were awesome again today and together we will keep working hard until this championship is secure.

Dylan Long (CDR Yamaha Monster Energy Team) – 19th overall:
Today just wasn’t my day. I felt great on the bike this morning and was confident I could get a good result today. My starts were good in both motos and I put myself in the positions I needed to be in to get the job done but it wasn’t meant to be. I got hit with roost so bad in the first moto that a rock got between my helmet and the nose piece on my goggles that split my lip and hurt like hell. I was having trouble breathing as blood kept coming into my mouth and down my face. Then race two, I’m not sure what happened but the CDR Yamaha team will be all over it and I’m sure they will have it sorted for the next round.

Luke Clout (KTM Motocross Racing Team) – Fourth overall:
I started the day well with a fourth in Super Pole, it was really close and I just missed out on the top spot. I went out and got the hole-shot in the first race and led for a while, I got passed and was stuck in third for much of the race, but I went down with a lap to go, so that put me back to fifth. I wasn’t happy about it, but it’s racing. Race two was a battle to the end, I got third in that one and fourth overall for the day – I just missed out on the podium. I’m third in the championship and a point behind second, so it was a pretty good day in the end.

Mitch Evans (Raceline Pirelli KTM) – Fifth overall:
I was really happy with how the weekend went. My starts were really good which was a positive, it was mainly about minimising any damage, collecting some solid points, and getting out healthy and in one piece. For me, the plan has always been to finish within the top five every weekend. I obviously want to be on the podium but to finish off the weekends consistent and make sure we’re getting solid points has put me in a good position in the championship. The track on the weekend was much better than last year with all the rain. I really enjoyed it. It was a lot softer which created more lines, making it more technical which was good. Coming up we have the double header which I’m really excited about. I had a successful double header in Wonthaggi earlier in the season and I love ‘The Ranch’ where the next one is so it should be good. I’ve heard that they’ve made some changes to the track so I’m looking forward to getting down there.

Rhys Carter (Complete Parts Kawasaki Racing) – Seventh overall:
I qualified well despite being ninth because the lap-times were really close. I got an okay start in race one, worked my through the pack and finished up in sixth. I got a good jump in race two, although I got boxed in the second turn. I got back through to the top five, but a lost the front-end on a high-speed turn. I lost a few positions and then managed to get back to seventh. I’m excited for what’s to come. 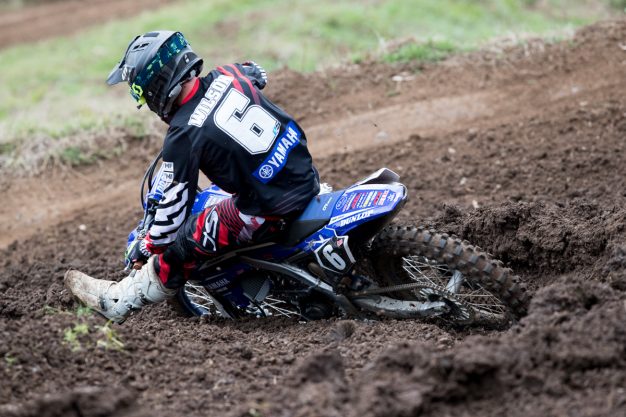 Aaron Tanti (Complete Parts Kawasaki Racing) – Second overall:
It was a pretty good day today at Conondale and I went 2-2. I was leading moto one before having a bit of an off, although I was up straight away. Race two I hole-shotted, but Wilson [Todd] got me in the early laps, we battled for a little and I ended up second. I feel like the break was a restart for me and it gave me a chance to reset my mind, so I’m happy with how I went today.

Egan Mastin (KTM Motocross Racing Team) – Eighth overall:
I definitely struggled today. Conondale has never been a track I’ve taken too well, so it was a frustrating day. I got a relatively poor start in the first moto and moved to ninth place, then pretty much stayed there. Race two was better, but there’s just something about that track where I seem to have difficulty with it. The next race is my local round, and I went really good there the last time they had a national, so I’m really looking forward to it.

Wilson Todd (Serco Yamaha) – First overall:
The weekend went perfect for me and I think it was the first time I have qualified fastest, and then went 1-1 in the motos so I’m pretty excited about that. The track tough day as reading the dirt was difficult and finding consistent traction was hard. It looks loaming and really tacky but a lot of the time it is hard pack and slippery so the right tyre choice was important and my Dunlop’s worked great today. The team continued to work hard during the break and my bike was again in perfect shape. Thank you to Ben, Paul, Gavin and everyone at Serco for the efforts they put in and we will continue to give 100 percent all the way to the end.

Jayden Rykers (Raceline Pirelli KTM) – 20th overall:
Moto one on the weekend was tough. We got a rock lodged in the sprocket which derailed the chain and caused some damage to the front sprocket, snapping the teeth off in the process – it was one of those freak racing things. Moto two was better but we still weren’t exactly where we needed to be. The next two weeks I’m just going to continue working on myself and the opening laps of our races before we head to our teams’ home round. We’ve done a lot of testing at The Ranch so I’m looking forward to having the double header there – it’s a format I really enjoy.

Jay Wilson (Yamalube Yamaha Racing) – Sixth overall:
On paper, the results don’t look great when you finish sixth overall but I think there were a lot of positives to take from the weekend. My speed was good and I was able to make passes on a track that other riders said was hard to pass and I felt really fluid on the bike. I went down twice but that was more me taking the attitude that I have nothing to lose so I’m going to lay it on the line and if I happen to go down every now and again, then so be it. I would rather do that at this stage and position I am in the series rather than be cautious and take the safe option. I’m going to go for it all the way to the finish and see where that puts me. As I said, it doesn’t matter to me where I finish at this point, I just want to ride as fast as I can.

Richie Evans (Yamalube Yamaha Racing) – Seventh overall:
It’s good to be back on the track and racing, although I’m a bit disappointed with how I rode and my results. I think I can go a lot faster and my race fitness needs to return but I will keep working hard and those things will come in the next couple of rounds. We have another two weeks before the next round so I will out in plenty of laps between now and then to ensure I do better at Raymond Terrace.