Pro class updates direct from round six of the season in Queensland.

Post-race updates from the MX1 and MX2 classes at round six of the 2018 Pirelli MX Nationals, direct from Conondale in Queensland. 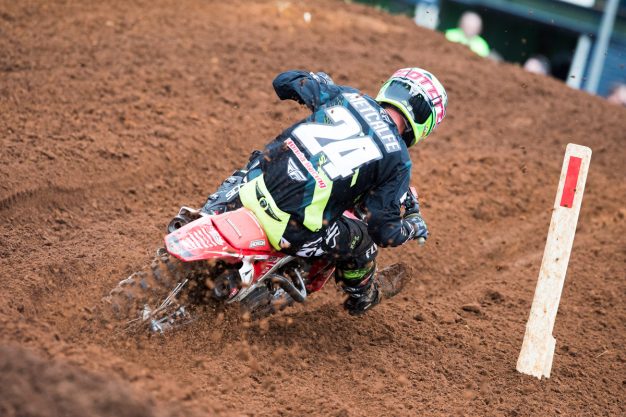 Pirelli MX2 moto two:
In race two, it was Webster and Tanti who fought for the hole-shot, Webster with the advantage in turn two, although a return serve from Tanti saw him controlling the field as they exited the corner. Todd made quick work of Webster before pouncing on Tanti, securing the lead on lap two before capturing a thrilling 9.540s victory, crediting him the overall. Tanti wound up second ahead of Webster, Harwood and Wills, as the top 10 was rounded out by Mastin, Evans, Makeham, Cody Dyce (Empire Motorsports Yamaha) and Jayden Rykers (Raceline Pirelli KTM). Jay Wilson held down a top 10 placing for much of the race before an error relegated him down the field. Overall it was Todd – who continues to control the championship – Tanti and Webster.

Thor MX1 moto two:
Evans rocketed to the hole-shot in race two, however it was Mosig who led the field as they fired up the first hill. Clout quickly responded in the opening turns, moving his way by Mosig before later handing back the position. Ferris navigated his way back from a poor start and ultimately stole the lead from Mosig on lap eight, meanwhile a mistake from Clout saw Metcalfe briefly go down. It didn’t deter Metty, who rebounded and charged his way into second, finishing just 1.058s shy of eventual winer Ferris. A late moto battle between Clout and Ward saw the duo get by Mosig, as the top 10 was concluded by Evans, Carter, Tierney, Robbie Marshall (Honda) and Keiron Hall (Yamaha). Gibbs was absent following his race one DNF. Overall it was championship leader Ferris followed by Metcalfe and Mosig.