CDR Yamaha Monster Energy Team’s Dean Ferris strengthened his points lead at Murray Bridge’s fifth round of the Pirelli MX Nationals, storming to his fifth-consecutive overall victory in the process, while in MX2, Serco Yamaha’s Wilson Todd put together a pair of consistent motos for the his second overall win of the season. 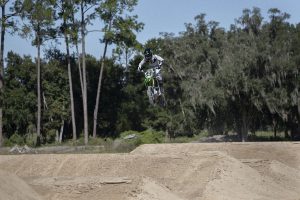