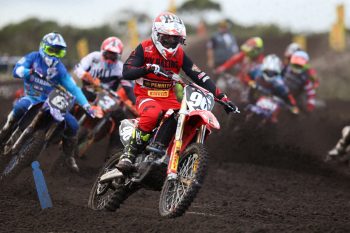 Two coaching schools have been scheduled for the 2018 Motocross of Nations (MXoN) Development Clinics, which will see a selection of Australia elite racers teach aspiring riders to not only improve their skills, but to also raise funds for Australia’s MXoN campaign in America this year.

Taking place at Queensland Moto Park on 2 July and Raymond Terrace (NSW) on Monday 16 July, the clinics will allow riders of all capabilities to enhance their motocross craft.

Rider’s for the coaching schools are yet to be announced, however they will consist of leading riders in the current Pirelli MX Nationals.

The 2018 FIM Motocross of Nations is scheduled for 7 October at RedBud in the United States of America. Applications for Team Australia selection are set to open in the coming weeks, while the final three-man squad will be revealed later in the year.