KTM has unveiled its heavily-revamped SX-F and SX range of motocross bikes for 2019, which are set to receive a host of upgrades for the new year.

To continue adding to KTM’s incredible achievements requires a strong motivation, a commitment to development for racing and investment in KTM’s talent development programs. This creates the best platform for the KTM SX range, as these world-winning technologies are tested in the heat of the battle prior to being available on serial production machinery. 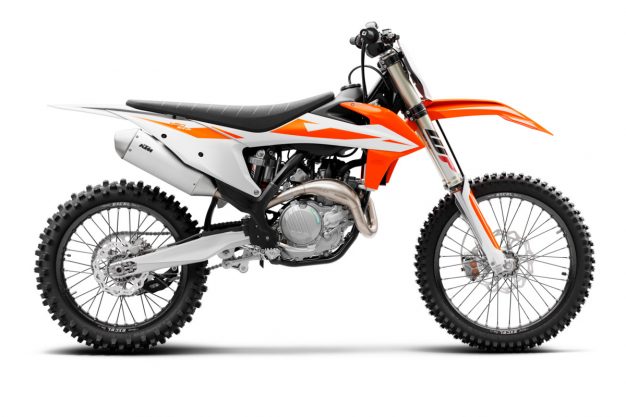 For model year 2019 all adult models receive a generation changing update with KTM engineers targeting a further weight reduction that once again sets a clear benchmark in each class. In fact, in the higher capacity 450cc segment the KTM 450 SX-F is a lot lighter than its rivals. 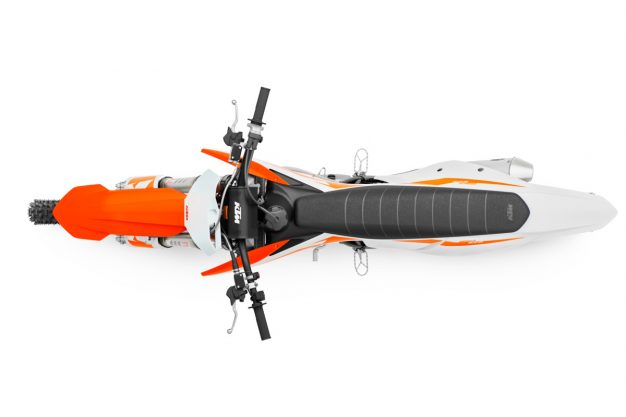 A new air filter box offers improved protection of the air filter and better air flow for both the two-strokes and four-strokes that contributes to a more efficient power delivery and improved performance. 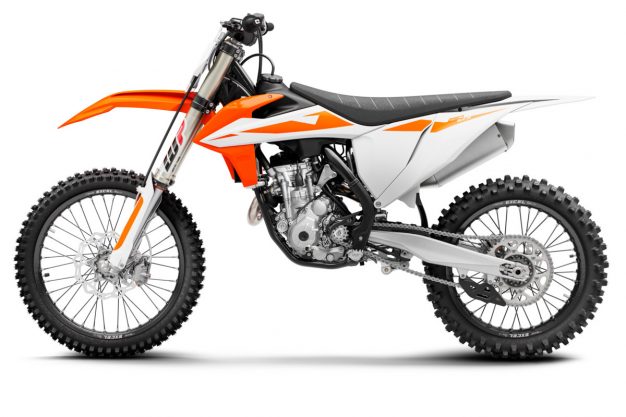 New radiators offer efficient cooling with improved positioning for mass centralization, while a stronger lithium ion battery for the E-starter is harmonious with the reworked wiring harness for a compact electrical system. An updated triple clamp for improved handling compliments new suspension settings, while a newly developed, dual purpose, plug-in stand is yet another feature of the new range.

All models continue to enjoy impressive serial components such as Brembo brakes, WP suspension, Neken handlebar, Dunlop tires, plus a map select switch with integrated traction control, launch control and map selection on the four-stroke machines. This is no refinement model year, it’s an evolution – around 60 percent of each bike’s components are new. 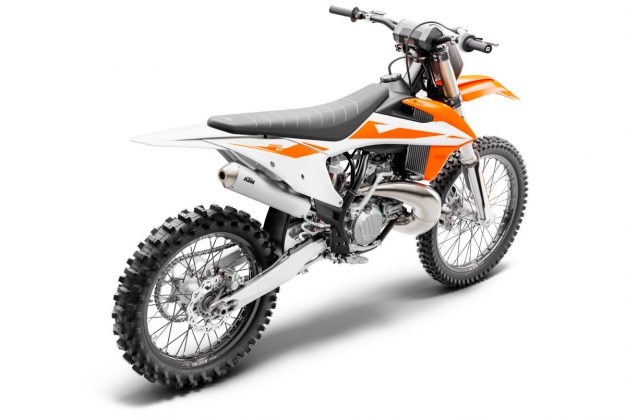 All models in the KTM SX range have received major engine revisions over previous models. The KTM 250 SX-F and KTM 350 SX-F models enjoy a newly designed DS clutch, while all four-strokes boast revised transmissions and a state-of-the-art Keihin engine management system with a reworked throttle body and improved electronics package.

The KTM 125 SX, KTM 150 SX and KTM 250 SX all offer revised carburetor settings, with a new transmission and new clutch in each amongst other improvements. In addition to engine refinements on all models, the highlight KTM 450 SX-F model enjoys a newly developed SOHC cylinder head for reduced weight and improved mass centralisation, a new camshaft with a shorter valve timing and improved surface along with a low-friction chain guide with a DLC coating.

Pricing and availability domestically here in Australian is yet to be determined, however more information can be found by visiting: www.ktm.com/au.