AORC front-runner on a variety of racing related topics.

Undertaking his second season with the KTM Enduro Racing Team, Lyndon Snodgrass has cemented himself as one of the elite off-road racers in the country. Transitioning to the E2 category in 2018 aboard the KTM 450 EXC-F, Snodgrass currently sits third in the E2 division of the Australian Off-Road Championship (AORC) after lodging a pair of third and second place finishes at the opening four rounds of the series. In this latest Fast Thoughts interview, we hit the Victorian with a host of quick questions on varying topics. The current state of the Australian off-road and enduro scene…

I would say the enduro scene with the Australian Off-Road Championship is pretty strong at the moment. I think the round we had on the weekend had record entries, so that’s pretty cool to see so many people interested in off-road. There are a few motocross guys coming across too, so it’s good to have so much interest in it at the moment, that’s for sure.

I’m really happy to be part of the KTM Enduro Racing Team. We have such a real fun and friendly environment and we all work hard. On race day we all hold our places and it’s just a real good environment. 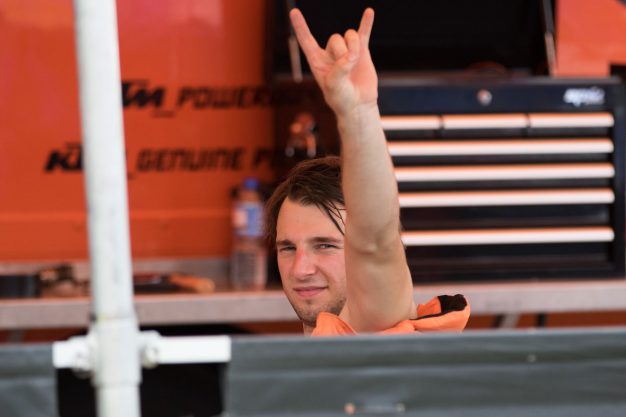 The prospect of racing the 2018 International Six Day Enduro…

I’m really excited to hopefully be going over and racing it. I did it last year in France and it was an awesome event – I’d love to do it again.

Riding the KTM 450 EXC-F this season…

It’s definitely an awesome bike. Dan Milner had a lot of success on it last year and to get on it now with him stepping up, I can see why he was liking it so much. It’s just smooth and easy to ride, it makes the going a bit easier and KTM has built a really good bike.