What's happening in the lead-up to race day at the opening round.

There’s always much anticipation in the lead-up to national events and for 2018, we’re introducing a fresh new Express feature to keep you up to date on the latest prior to every single round. First up, round one of the Pirelli MX Nationals at Newry, Victoria. 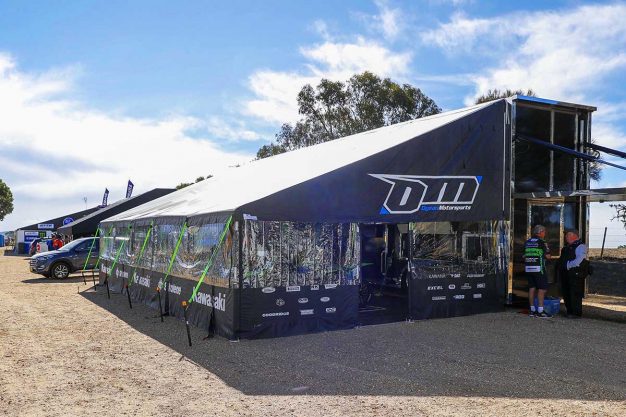 – High winds in the region has limited activity during Saturday, with teams preparing to go racing tomorrow, but albeit subtly. Few bikes are unpacked in the factory teams, but it is certain to carry added spark on Sunday morning.

– This year’s opening round is later than usual. Compared to last season it’s two weeks afterwards now into mid-April. Now that there are only eight events, with two of those being double-headers to retain 10 rounds, the calendar is somewhat more compact as Coolum’s finals finish over a week sooner than one year ago.

– Keen observers will recognise the Complete Parts Kawasaki Racing transporter in the pits this weekend, as Dyson Motorsports has acquired the former Carroll Motorsports trailer over the off-season. While much changes, some things do still stay the same! And the addition of Jay Foreman to that team is a major coupe for them.

– The also-familiar Monster Energy claw remains involved in Australian motocross, joining forces with the defending champion MX1 team of CDR Yamaha. A long-time supporter of Kawasaki, aligning with Yamaha due to their success makes sense and it appears to be a perfect match considering their global partnerships.

– Speaking of Konsky’s team and Jay Foreman above, with the latter shifting to join son Jess at Dyson after claiming the supercross crown with Justin Brayton, Honda’s program is being led by Tim Vare alongside team director Konsky. A single-rider effort for the outdoors with Brett Metcalfe at the helm, they will be focused upon the top step of the podium.

– Husqvarna is back in the game with a high-profile factory team this year after linking with DPH Motorsports. While it’s not an in-house program like KTM, they have major support and there are high expectations placed upon both Kade Mosig and Dylan Wills going in. Those two have been training together in recent weeks and seem eager for the gate-drop.

– Some late injuries we’ve come aware of over the past few days include Mason Semmens and Riley Ward, both who are under the Davey Motorsports banner but in separate teams. This year the MX2-winning Davey team will continue to run KTMs with the likes of New Zealand champion Hamish Harwood, while also fielding a couple of Husqvarnas out of a seperate truck spearheaded by Caleb Ward. 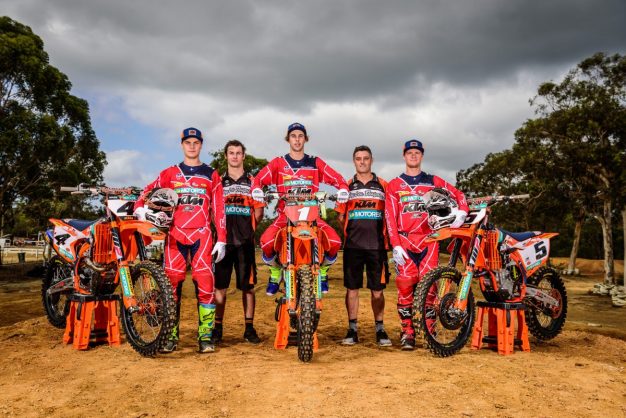 – We’re particularly excited to see the likes of Caleb Ward and Mitch Evans move up to MX1 for the new season, added some youthful depth and same goes for Connor Tierney on his privateer Yamaha. We’ll be monitoring their progress all season long.

– Williams Event Management has opted to utilised MyLaps timing for the 2018 season, which will be familiar for many and – fingers crossed – should provide a consistent platform to work from. It’s also expected that NRGTV will be of increased quality for the new year, so it’s a positive to see that constantly evolve.

– Many are tipping KTM’s Kirk Gibbs to put up an increased challenge to two-time defending champion Dean Ferris this season, coming off a huge title win in New Zealand. The favourites are obvious, but outside of them, watch for both Luke Clout and Dylan Long to lift their game this year.

– Of the Kiwi contingent, the bulk of the attention has been on Harwood – now solely focused on MX2 – following a near-perfect season across the Tasman, but keep an eye on returning full-timers Kayne Lamont and Rhys Carter, because both have immense capabilities and will be strong on their day among the Aussies.

– On KTM and Husqvarna teams, their top riders are using the WP 48mm Cone Valve fork (spring) and Trax shock absorber this year, which are part of WP’s Pro Components catalogue since KTM Group Australia has become the national distributor.

– There are so many talking points in MX2! Egan Mastin’s defending his number one plate on a factory KTM four-stroke this time around, Wilson Todd back to Serco after finishing runner-up last year with DPH, Nato Crawford stepping back with Yamaha on the 250 after a standout 450 campaign with Kawasaki, Honda signing Jackson Richardson to ride its new CRF250R, Jay Wilson is back where he belongs with Yamalube Yamaha Racing on a YZ250F and MXD champion Cody Dyce has graduated with the new Empire Yamaha team.

– MotoOnline.com.au is once again committed to the full season of MX Nationals through our parent company Foremost Media and we’re certain that 2018 will be our biggest yet. With the likes of Simon Makker, Jeremy Hammer, Marc Jones, Jordan Deckert and myself all creating content over the course of the season, we’re tipping in an enormous amount of resources into the sport and are thankful to our partners and clients who make it all possible week in, week out.

– One last thing… the weather. There is a chance of showers forecast at the moment, but hopefully it holds off and we get a good, clean day of competition so we can really see where the best stand going in at the opener.