FMF KTM Factory Racing’s Cody Webb has been crowned the 2018 FIM SuperEnduro world champion after taking a thrilling victory at the season finale in Lidköping, Sweden, over the weekend.

Coming in with a 17-point advantage over teammate Taddy Blazusiak (FMF KTM Factory Racing), Webb was the clear favourite to wrap up the title.

Taking the round honours was Rockstar Energy Husqvarna Factory Racing’s Billy Bolt, who earned his first career SuperEnduro victory after lodging a 2-1-1 scorecard.

FMF KTM Factory Racing’s Jonny Walker was credited the runner-up position, posting 5-4-3 race results to edge out Blazusiak by one point, who still managed to secure third despite exiting race two with a mechanical issue.

KTM-mounted Manuel Lettenbichler was able to secure fourth ahead of a mistake-riddled, yet successful night for Webb, who concluded the night in fifth.

In the overall championship standings, it was Bolt who finished runner-up behind Webb, followed by Blazusiak – who fell just shy of the position by one point – Walker and Rockstar Energy Husqvarna Factory ace Colton Haaker. 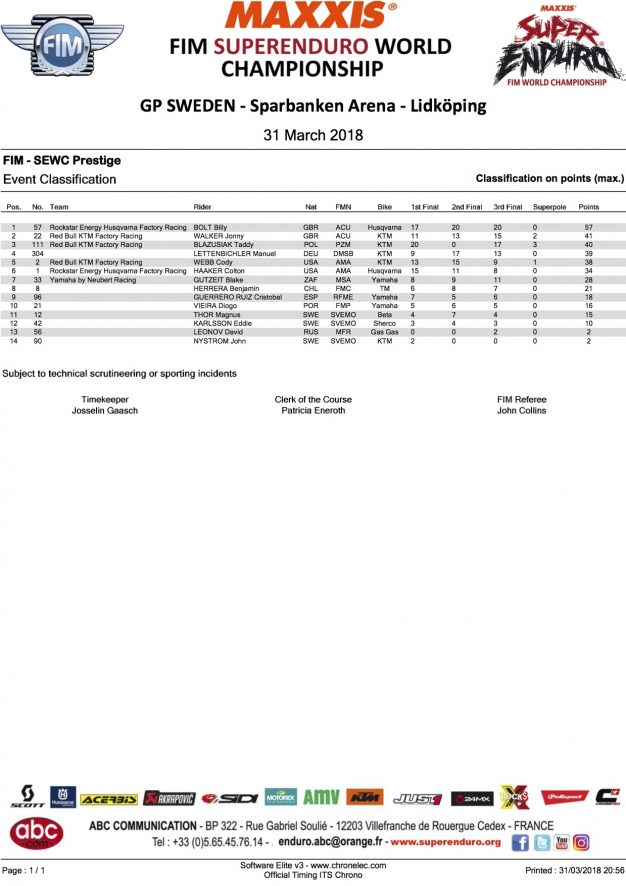