What to watch for in Cessnock's 40th anniversary 2018 edition.

After a year’s hiatus, next week’s Yamaha Australian Four-Day Enduro (A4DE) in the rolling hills of Cessnock, NSW, is shaping up to be something quite special and the anticipation within the off-road scene is starting to simmer. New riders, old rivalries, the reintroduction of teams and a return to the traditional home of the grueling multi-day event are just some of the elements that have people talking, so MotoOnline.com.au has broken down 10 key points you’ll want to focus on when the clock starts counting next Thursday. 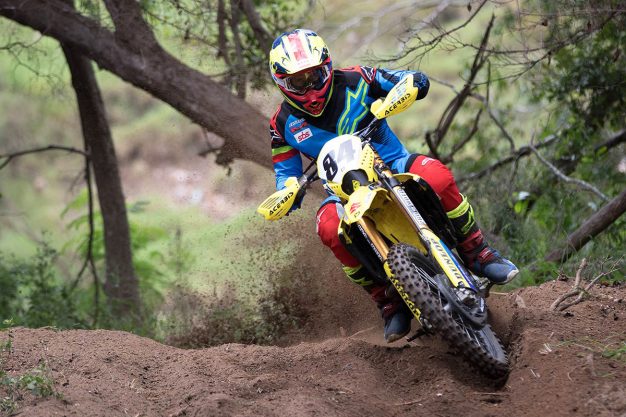 1. The A4DE is back:
With the A4DE holding such a rich history in Australia’s off-road scene, last year’s cancellation due to low interest and rider entries came as a bit of a shock. With the Toowoomba Motorcycle Club receiving just 57 entries a month before the 2017 event, they had no choice but to pull the pin. Whether it’s a return to its traditional home in Cessnock or a kick for riders that they need to compete if they want the prestigious event to stick around, rider nominations for the 2018 event are sitting at the 290 mark, which is a massive increase.

2. Cessnock birthplace:
There’s something quite neat about the fact that this, the 40th anniversary of the Yamaha-backed A4DE will be held at the event’s 1978 birthplace. The Hunter Valley is a picturesque place and holds some world-class trails, so to have the stars align and the event return ‘home’ will make 2018 quite special. The organisers are well and truly aware of the importance of this and are working hard to pull together a world-class show.

3. Styke arrives:
Was it beginner’s luck or is Active8 Yamalube Yamaha’s debutant Luke Styke already a massive revelation in the Australian Off-Road Championship? At the opening two rounds of the AORC at Gympie a couple of weeks ago, former national motocross champ and off-road greenhorn Styke ran riot in the E1 class, putting his WR250F on top of the timing sheets at 14 of the 16 special tests. Hell of a way to make a statement, but can he hold that same form and pace for four massive days in the saddle? It will be a fascinating storyline to follow.

4. Eyes on the sky:
The big variable in any off-road event is the weather and there’ll be plenty of eyes poring over forecasts and rain radars in the lead-up to Thursday’s launch. It’s been a pretty hot, dry summer in the Hunter Valley, but the region received a welcome 65ml of rain a week ago, which had organisers smiling. Whether the riders will still be smiling if another major dump happens to fall next weekend is another story altogether. It’s too far out to predict the weather with any certainty, but the lead-up is looking fine and mid-to-high 20s. Long-range forecasts predict showers to lurk around from Monday.

5. The return of Hollis:
After a bit of a hiatus from the enduro scene, former A4DE winner Chris Hollis is back with a renewed fire burning in his belly and a whole new look, as he takes on 2018 as a privateer with a Suzuki RM-Z450. An eighth outright at he opening round of the AORC at Gympie proved he hasn’t lost a lot of pace, especially considering he only picked up his new bike five days before the event. Hollis is no stranger to the four-day and placed second at the 2016 instalment on retirement, so there’ll be many keen eyes on the likeable guy to see how he fares against the factory teams. 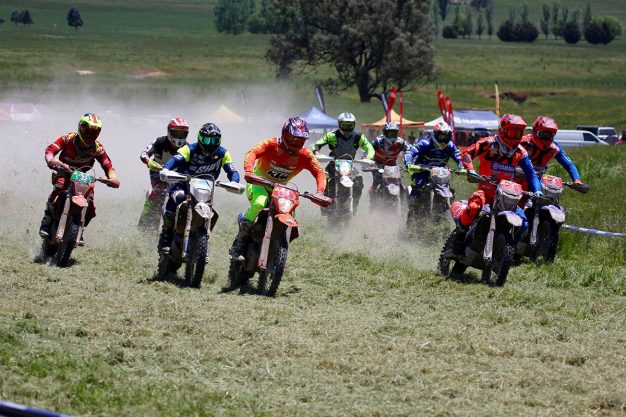 6. State vs state:
There’s been an added emphasis on the team challenge at this year’s A4DE, which always throws up an added element of interest and something to keep an eye on. The Victorians have taken honours the past couple of years and on paper this year’s team is looking pretty damn classy as Peter Boyle, Tom Mason, Dan Milner, Daniel Sanders, Jack Simpson and Lyndon Snodgrass will all line-up to defend their title. The A4DE was originally designed to prepare Aussie riders for the team-based ISDE and give them a bit of an idea of how to compete together as a team, so the .

7. The champ and Chucky:
If the opening round of the AORC at Gympie a couple weeks ago is any indication, there’s going to be a fascinating brawl between KTM Enduro Racing Team’s defending national champion Daniel Milner and new Husqvarna Enduro Racing Team recruit Daniel Sanders next week. While 2016 AORC champion Sanders was scrapping it out in Europe last year, Milner enjoyed a dominant season upon return home from the US, but with Sanders now back as well, the two are already pushing each other hard in 2018. The pair took a round each in Queensland, but winning the grueling A4DE could see one of them gain the mental upper hand for the rest of the season. And consider the fact that Milner is going for four-day win number five, there’s a lot at stake during race-week.

8: The ISDE reunion dinner:
There’s a lot more to the A4DE than just racing and for the 40th anniversary – and a few of days before things fire up properly – organisers are putting on a reunion dinner for any rider, supporter or official of any ISDEs from 1976 to last year’s event in France. The dinner will be held at Peden’s Pub in Cessnock on Sunday night and the dress code is ‘anything six-days’, so there’ll be plenty of reminiscing, banter and bench-racing going on, that’s for certain.

9. Simpson to shine in E1:
After making the switch from the national motocross circuit to the off-road scene two years ago, Jack Simpson’s been a bit of a revelation in the E1 class and enters the A4DE as the class favourite alongside Styke. In his first A4DE two years ago the KTM racer placed third, while also claiming the national E1 title in the same year. Last year he rounded out the E1 podium in the AORC despite missing two rounds, but provided he stays healthy and doesn’t have any dramas, short money is on Simmo to take home the gold next weekend.

10. The climax:
The final wide-open moto after four days smashing around in the bush is always a great spectacle and has proven to be the decider of many an A4DE in the past. Organisers this year are using the Cessnock Race Course to hold the motos and are promising a great spectacle for the expected several thousand punters. You’ll be able to find plenty of food, amusements for the kids and a licenced bar to keep the crowd in full song, all within a couple of kilometres of the town centre. Don’t miss it!