New Yamalube Yamaha signing on the year ahead, presented by Maxima Racing Oils.

After a roller-coaster couple of years, 23-year-old Jay Wilson finished 2017 with a hiss and a roar, claiming an emotional podium at the Monster Energy AUS-X Open, then an emphatic win in the muddy final round of the Australian Supercross Championship at Jimboomba. Now he’s signed with the revamped Yamalube Yamaha Racing team to race the MX2 class and has the same people – Josh Coppins and Mike Ward – in his corner who helped him to the 2015 MX Nationals title. MotoOnline.com.au caught up with Wilson soon after he landed in New Zealand this week to get the inside scoop on what he’s up to and how he’s feeling. 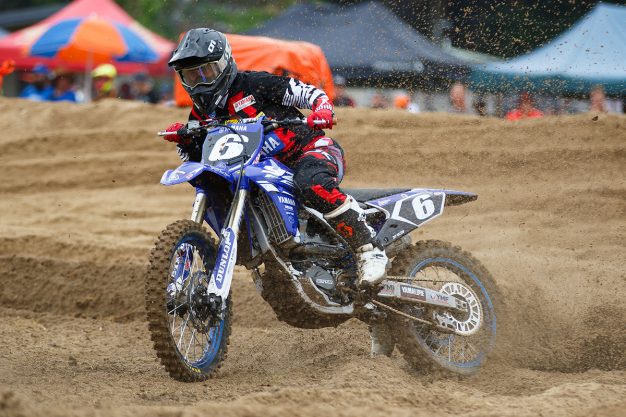 Busy few days for you, mate. You raced the Coffs Harbour Stadium MX on Saturday and now you’re in NZ!

[Laughs] yeah it’s been busy alright. I had a pretty good night at Coffs Harbour – I went old school and raced both the 250 and 450 there, which was cool, but it was a crazy night. The lites class was pretty much the national field and I made a little mistake in the first race, which cost me. I ended up taking the win in the 450s and the shootout, plus got second in the 250s, so it was a good start to the season considering we’re very early in the year. It usually takes me a bit to get going, so I feel like I’m in a better position than I have been in previous years, not just in results, but how I feel on the bike. It was a nice way to start the year off.

So you’re over in New Zealand at the moment. What’s happening there?

I’m back with Yamaha for 2018 and now that it’s all come about, I wanted to get back over here and work with Josh Coppins and Mike Ward to prepare for the season ahead and Yamaha New Zealand were up for it. It’s the same team I had around me in 2015, so I’m really excited for 2018. We’ll race the Woodville Grand Prix and the NZ nationals, so I’ll be over here for two and a half months. Josh and I are god mates and it made sense to come over here, do some pre-season testing, then get stuck into the New Zealand championship. We’re up in Auckland at the moment as it’s a bit wet down at Josh’s – we’ll ride some tracks up here then hopefully head back to his place in the South Island and do some more riding there next week.

Tell us a bit about your recent announcement to join the Yamalube Yamaha team. What can you tell us abut the deal and how it came about?

In previous years I was always so stressed at the end of the year wondering if I’d have a ride for the next season, but this year was different. I’ve got a wife and a 10-month-old daughter and I’m happy to be with my family. I was back to being happy away from the race-track and honestly content to just do whatever came next, whether it was racing or moving on to something else away from racing. I did well at the last couple of rounds of supercross and the Yamalube guys approached me and offered me deal that I was really excited about. I know the bike and everyone involved and to be able to work with Josh and Wardy again is really cool. For us it’s going to be a low-key affair at the races, we’ll be pretty quiet, but will do our thing. My teammate Richie Evans hasn’t been full-time racing before, so it’ll be cool to see him get into it and give it a good crack. He’s got a lot of talent and with the team and environment we want to build, it could be a successful year for us.

Yeah. When I came back from overseas I went back to the 250s. I need to regain my confidence and build myself back up on them and see where it puts us. For now the money’s not there in the 450s and I need to do what’s best for my family as well. 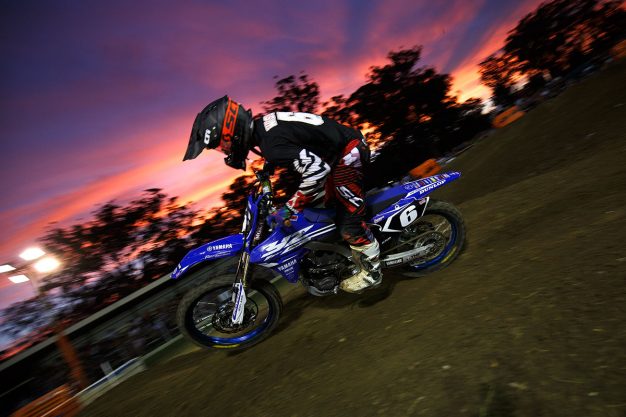 It seems like it took a while for you to find your feet again in Australia this year, but that podium at AUS-X Open gave you some real confidence.

I think just, I’d come back from being overseas and I wasn’t in a good place and it showed in everything I was doing. Not just mentally, but also with my riding and it snowballed to the point where I honestly didn’t want to do it any more. My wife Misty said ‘you’ve gotta keep doing it’ and I said I’d put 100 percent into the supercross. I knew my speed was fine and I think if I’d got on the podium at the first round – I got fourth after a horrible start – it could’ve been a different story, but it took a few rounds to build that confidence again and believe I belonged there. It’s been a long time since I was on the podium and fighting for race wins and I needed to prove it to myself again. That’s why I was so emotional at AUS-X – that was for my wife and daughter and they kept pushing me on.

It’s certainly been a tough road and you’re kinda choking up now talking about it again.

You know, I think it was that crash before the 2015 Motocross of Nations that really rocked me. That’s where it all unraveled. I had one goal – to race in Europe and be a world champion again – and I was so determined to achieve that. That’s all I talked about. I needed to prove myself at that des Nations and when it all went away from me it took a few years to get my head and heart back in order and move on from that. It was like ‘what’s next?’, but now I’m content with whatever is next is next. If something doesn’t work, there’s always a plan and it always works out.

At the same time, you also had to try and figure out life as a new dad as well.

That’s been tough. I’m only 23 and most of the kids in the field aren’t even living out of home yet. People don’t understand that there’s been a huge learning curve with becoming a dad for the first time. Everything shifted and I’m not number one any more – my daughter is. That meant I had to get a job during the off-season to try and provide for my family and give Poppy the life she deserves. It was really tough leaving them this morning too. They’ll stay in Australia while I’m here, but they’ll come over for just under a month between the first and second rounds of the nationals, so I can show them what I do over here and why I spend so much time at Josh’s place.

What are your goals for the year ahead?

I’ll race Woodville, the NZ nationals, MX Nationals and Australian supercross. I want to enjoy life with my wife and daughter and enjoy the year and if success comes from that, then that’s a bonus. It’s nice being back in familiar territory with Josh and Wardy in my corner and that familiarity means I feel a lot more comfortable and prepared than I have in past seasons.

Awesome, thanks for the chat. Have fun over there!