Just before the Christmas break, former motocross and supercross champion Luke Styke dropped the bombshell that he was switching codes. After a tough year with KTM Motocross Racing Team where he battled to fifth overall in the MX Nationals and missed supercross through injury, the 26-year-old announced he was heading into the bush to race the 2018 Australian Off-Road Championship with the Active8 Yamalube Yamaha team. MotoOnline.com.au caught up with the rejuvenated Styke to answer all the ‘Why’ questions that have swirled around his sudden change of tack. 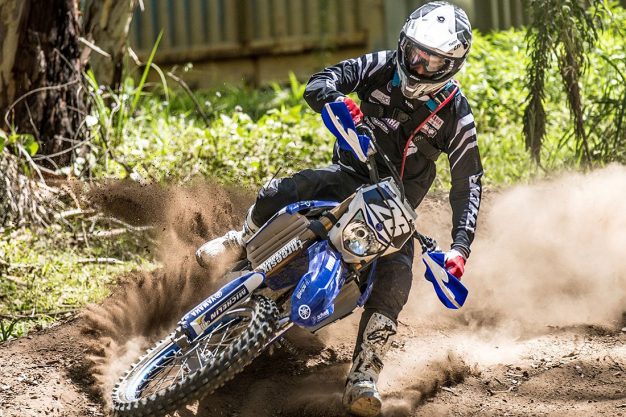 There were a number of reasons. I’d spent all of 2016 on the couch recovering from two Achilles injuries and from there it was just an up-hill battle to get back to the level I used to be at. If you get a perfect season, then a perfect pre-season, that builds confidence, but 2017 was always a rebuilding year for me. It was a little inconsistent and that came from not getting enough bike time in the lead-up to the season and not being able to train as hard as I would’ve liked to. When you’re on top and you build consistent years, that tends to keep building consistency. It was also a pretty competitive year and I still finished fifth in the championship and scored a podium, so there were still a lot of good guys behind me in the points.

Why have you decided to change tack and tackle off-road racing?

I was bored. I was bored with motocross and supercross in Australia and I knew that if I kept doing it I wouldn’t ride for much longer. I’d ridden the same motocross tracks every year for 20 years and it was just getting old. As a kid and even through my senior career, I rode bush tracks and I always loved it. There’s always something new and you don’t know what’s around the next corner. There’s something that’s a lot of fun about trail riding and I’ve had some awesome days riding stuff I’ve never ridden before. You can ride with all different levels of riders and still have the best day where everyone’s smiling, having a good time and I bounce of that. I’ve done some three to four-hour trailrides that seem to go by a lot quicker than 20-minute motos around the track.

Why did you opt for the switch back to Yamaha?

It just worked out that way. I approached AJ Roberts and the team and they were really keen on the idea for me to joing them. It was exciting to shoot ideas off each other and build a level of excitement for the year ahead. I’ve had some great years with Yamaha in the past and the only reason I changed to orange was because there were no spots on the Yamaha teams when I returned from Europe. It’s such a good company and our team of Josh Green, Wil Ruprecht, Damon Stokie and Beau Ralston are a great bunch of guys. It’s going to be a really fun year and I’m looking forward to getting stuck into the off-road championship and the Hattah Desert Race. 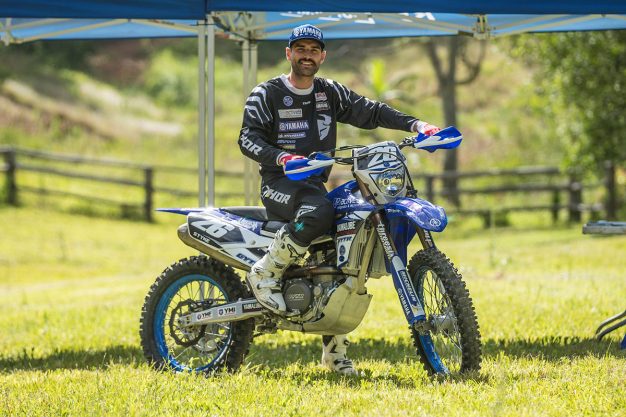 Why should the rest of the field be worried about you jumping into this style of racing?

I feel that a rider of my calibre, a rider who’s won motocross and supercross championships before, has never hopped over to off-road racing before. My drive to win is in my nature and I want to win everything, whether it’s cycling with the boys, racing in the bush or whatever. That’s just how I operate. But I know I have a lot to learn quickly, like navigating in the bush and riding single-track at speed. The trails aren’t wide and they’re more unforgiving than motocross. If you miss a rut on the track you can still drift wide and hold it on, but if you leave the track in the bush you can hit a tree and lose a lot of time. And it can hurt!

Why are we seeing more motocross racers changing to off-road racing?

I can only speak for myself, but racing isn’t the same as it was five or six years ago. Whether it’s a lack of funding or passion, I don’t know. I didn’t want to leave the sport and hate it for the rest of my life and wanted to keep it fresh. You know what they say – a change is as good as a holiday. One of the things I love about off-road racing is the majority of the guys sleep at the track, like we used to do in the old days of motocross. You cook up big feeds, talk shit with each other and everyone bonds all weekend. It’s retained that family atmosphere and that plays a big part in what makes this type of racing so fun.