Positive ASADA test results in sanction until midway through 2020. 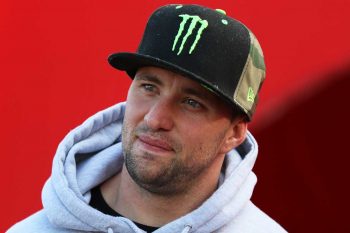 Multiple Australian motocross and supercross champion Matt Moss has received a four-year sanction for anti-doping violations that will see him banned from the sport until 15 July 2020.

According to Motorcycling Australia (MA), 29-year-old Moss violated Articles 2.1 and 2.2 of the governing body’s Anti-Doping Policy in 2015. His ban is ‘for the presence and use of a prohibited substance’.

Following an ‘intelligence-led’ test conducted by Australian Sports Anti-doping Authority (ASADA) at Murray Bridge’s round of the 2016 MX Nationals, Moss tested positive to Ostarine. A hearing with the Court of Arbitration for Sport on 10-11 April 2017 saw them determine that he will be ineligible for four years, from 15 July 2016.

Moss has been disqualified from the South Australian round and all other results achieved following that event have been stripped as a consequence of his ban. The period of ineligibility includes any participation as an athlete or otherwise and the ban includes using member facilities.

An announcement released by ASADA regarding Moss stated that ‘Ostarine is a Selective Androgen Receptor Modulator (SARM) which is banned at all times in sport and is not approved for human use in Australia, except for experimental research purposes’.

The official update on Moss comes just over one year after it was confirmed twin brother Jake Moss was handed a four-year sanction that will see him not eligible to compete in the sport until 14 July 2020.

Matt Moss won premier class championships in the 2013 and 2014 MX Nationals, as well as the AUS Supercross crown in those same years. He also has a range of 250 class titles to his credit and was part of Team Australia’s Motocross of Nations (MXoN) podium squad at St Jean d’Angely, France, in 2011.