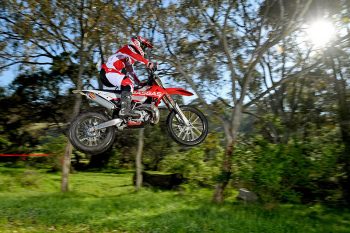 Urban Moto Imports announced the distribution of the Gas Gas enduro range in Australia earlier in 2017, successfully introducing thereafter the new Phoenix range into the country with an expanding network and dedicated parts and technical service.

The distribution company’s success has already been felt in New Zealand previously with their other brands and dealer network, and look forward to delivering on the ambitions of Gas Gas by providing the market with a wide range of enduro motorcycles that will include the 200cc, 250cc and 300cc engine formats, along with the full trials bikes and kids range of e-bikes.

The new 2018 New Zealand Gas Gas dealership network will be announced in the coming weeks.

Gas Gas dealer network in Australia is growing rapidly with a focus to build a strong presence across the nation. Recently in Sydney, Close Motorcycles Marrickville dealership has signed on as an authorised Gas Gas dealership, with the Dealer Principal already having a strong history of working with Gas Gas.

Updates to the expansion of the dealership network will be announced on the new Gas Gas website soon to be launched in December.