Checking in with the returning former AORC champion.

Daniel Sanders is set to return to the Australian off-road circuit in 2018 as part of the Husqvarna Enduro Racing Team following a challenging season contesting the EnduroGP World Championship this year. With the 2016 Australian Off-Road Championship (AORC) in his back pocket, the 23-year-old will enter the upcoming AORC season as a serious title threat and an exciting addition to the already strong field of contenders domestically. In this latest edition of Fast Thoughts, MotoOnline.com.au checked in with the likeable racer from Three Bridges in Victoria to talk about a range of topics ranging from his European experience to his 2018 aspirations. 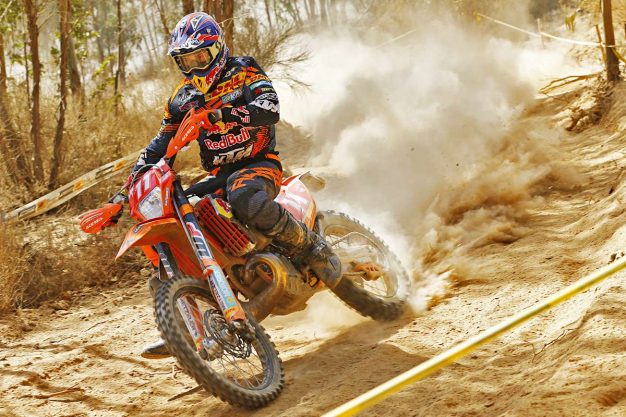 Coming off the 2016 season back home, I had a lot of confidence from my results and I decided to try and find a ride over in Europe for 2017. The main goal was to head over there and try to adapt as quick as I could to the European lifestyle, which is obviously a massive change. We went over and did a lot of snow testing and it’s a crazy experience over there, it’s a totally different lifestyle compared to where I come from. I’m pretty spoilt for choice of riding where I live, so going over there and not knowing anyone, no friends or family, it was hard. It’s pretty hard in Europe, you can’t just roll up to any state forest like you would in Australia and go riding. Riding with the factory KTM team was a massive experience and I learned a lot from it, but it was difficult to work with the Italian team. There were some setups I would have liked to run, but they were hard to work at times. It was an awesome experience though, but the results weren’t there and I wasn’t comfortable from the start really. I kept coming back here and doing some testing to find some solutions, but I wasn’t able to run those settings over there and I was basically on the back foot the whole time, which was a bit disappointing. It was a bit of an unlucky year, but it was a good experience and it’s good to be back home now.

The decision to return to Australia…

There’s a different future in the sport for KTM and they’re going to be changing it up a bit, which is something they haven’t released yet, but they gave me an option as I had a two-year deal. Until some things change over there, I really wouldn’t bother going back, I think I got caught out in one of the worst years they’ve had in terms of the series and some of the venues. I came home and did Hattah this year and had a chat to KTM to see what was happening, but they said the team was full, but they may have a spot for me at Husqvarna. I had a few calls from some other manufacturers, but the first option was to stay with KTM after a long career with them. Unfortunately that wasn’t the case, but Husqvarna came up with the best deal and I went with that. 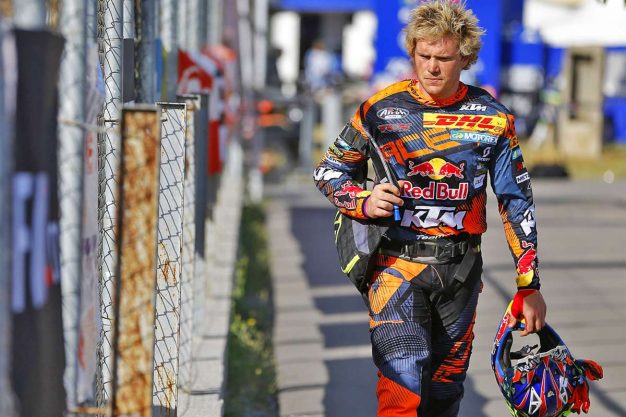 It’s good to come back and we’ve got world-class riders here, obviously a few big names have left such as [Chris] Hollis, [Toby] Price, [Stefan] Merriman and [Matt] Phillips for example, but all of the younger riders are coming up and picking up the pace on the top guys. The talent pool we have here is growing and the riders are getting faster, we also have a range of events too, which helps the talent come through. Unfortunately we don’t get the exposure and recognition that we should get, but we definitely can go to the world stage and give it to the best of the world.

Obviously I want to be at the top, but I need to do a lot of work following the season that I’ve just had. I’m in a similar situation to [Daniel] Milner’s when he came back from America struggling with form and not feeling right at home. It’s going to take a while, I have to knuckle down to get where he is, he’s had a solid year with KTM and he’ll carry a lot of confidence into next season. It’ll take a lot of hard work over summer and I’ll put the maximum effort needed to be where I want to be. It’ll take at least three months to get there, at round one it may not be there, but I’m sure I can build on it for the rest of the season. I’ve started to work on it now and I’m really looking forward to the year with the new team.

Riding as part of the Husqvarna off-road squad next season…

Over 2017 and now heading into 2018 Husqvarna has made improvements to their range and it’s great to have such a wide range of bikes. It gives me a lot of thinking and riding time to decide which bike I want to ride and it’s a really good thing, they’re open for every class and every capacity two-stroke and four-stroke. We’ll just go through the range, find out what I’m fastest on and go for that. With Christian [Horwood], he’s been working hard to get me onboard this year and he’s really pumped and it’s great to have someone who’s really motivated to get some good results. He has a lot of experience with the racing scene now and it’s good to come in there and try to give them some good results next season. I’m happy to be working with them and we’ve got a good race day crew, so I’ll always look forward to going away and having some fun with them. We haven’t decided on which bike I’ll ride yet, but we’ll have some down time and then get back into it for January and February ready for March.