A preview of this weekend's Australian supercross double-header.

The fourth and fifth rounds of the 2017 Australian Supercross Championship are set to take place this weekend at the 2017 Monster Energy AUS-X Open Sydney. Both SX1 and SX2 contenders will hit the track inside Qudos Bank Arena on Saturday and Sunday and MotoOnline.com.au previews what fans can expect when the gates drop. 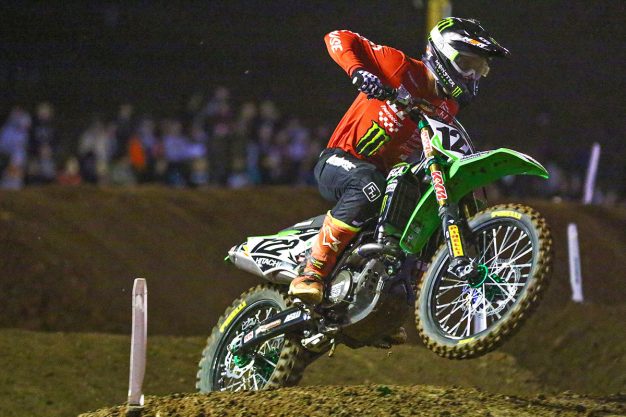 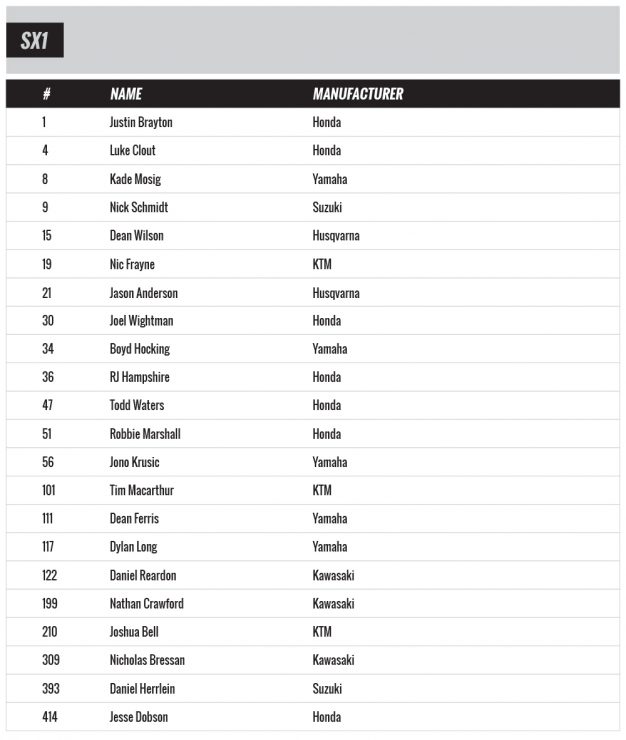 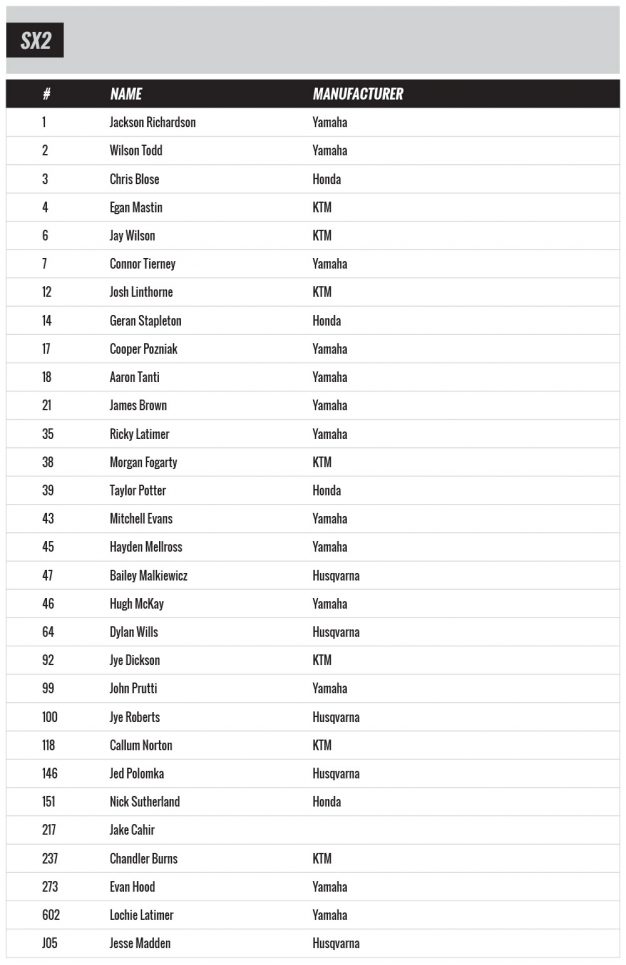 First:
Jason Anderson – Although Justin Brayton is yet to be beaten this season and is definitely in fine form, it’s tough to go past Anderson this weekend. The Rockstar Energy Husqvarna Factory Racing rider has the speed and aggression that will allow him to shine inside Qudos Bank Arena.

Second:
Justin Brayton – Brayton could definitely take the win and if he doesn’t do that, he’ll be right there on the podium this weekend. He has a strong Arenacross background and these indoor events suit him well, so he’ll be super-strong, it might just be Anderson’s aggression that tips the scales.

Third:
Dean Wilson – Anderson’s teammate will be another strong contender, he’s super fast on a supercross track and has a tonne of experience racing the fastest in the world. We’ll definitely see Australians right in the mix, along with fellow American wildcards like RJ Hampshire, but it will be tough to push these guys off the box.

First:
Jackson Richardson – Richardson has been steadily improving and he will be pushing for that win this weekend in Sydney. He’s lining up alongside a host of tough contenders, but we believe he might just have the edge on his contenders this weekend.

Second:
Wilson Todd – The DPH Motorsport Yamaha rider is entering this weekend’s event off the back of his first main event victory and will have gained a lot of confidence from that ride. Will he have what it takes to win again inside Qudos Bank Arena? Possibly, but if not, he’ll definitely be up there.

Third:
Chris Blose – Filling Gavin Faith’s seat at Penrite Honda Racing, the American certainly could throw a spanner in the works in the SX2 category this weekend. He’s very experience and with recent Arenacross experience to his credit, this event suits him very well.