Countdown: Aspects of the AJMX championship

Six key factors of the week-long junior event at Horsham.

The 2017 KTM Australian Junior Motocross Championship (AJMX) is in full swing at Horsham, Victoria, with just two days left of complete finals action which will see 13 champions crowned by the conclusion of the week. Being trackside all week long, MotoOnline.com.au has listed six aspects of the prestigious junior event. 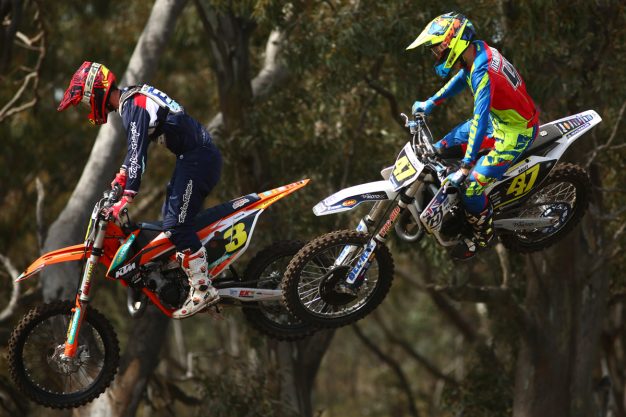 6. World-class venue:
Horsham has been on the MX Nationals calendar for a number of years now, while it also recently hosted the AJMX in 2013, cementing itself as one of the best venues the country has to offer. In 2018, the circuit will host the FIM Junior Motocross World Championship, indicating it’s worth on a global level. Just under 400 riders have hit the track this week, and so far, the circuit and facilities have held up to the job.

5. Motorcycling Australia machine auditing:
This year’s edition of the AJMX allowed self scruitneering, which has resulted Motorcycling Australia (MA) officials cracking down on random inspections to ensure all motorcycles pass the requirements. To accompany that, a large selection of bikes have had engines stripped down and checked for measurements since Sunday’s practice, and MA is pleased and proud to reveal that all bikes have been legal to date – a positive result for the sport.

4. KTM Australia’s technical and spare parts service:/strong>
KTM’s support of the AJMX is huge, not only is the brand the naming rights sponsor, it also offers a unique technical and spare parts service at the track, where KTM or Husqvarna riders can have their machine repaired by a factory technician. It’s definitely an asset at a week-long event like this, where anything can and will go wrong. 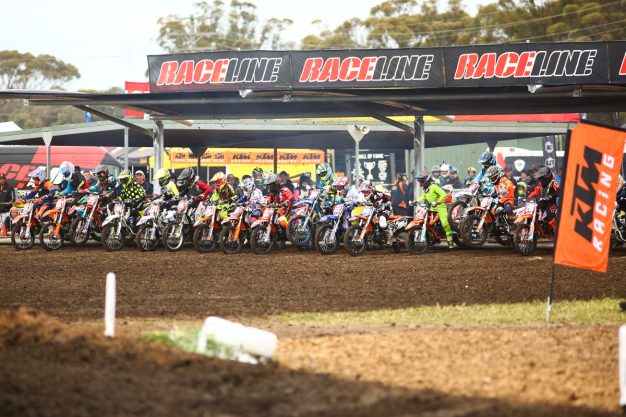 3. Professional set-ups:
Gone are the days of a single pop-up tent at the junior nationals, as this year’s event has seen a huge increase in professional pit set-ups that would rival those on the MX Nationals circuit. From multiple large semi-trailers to extensive displays of sponsors, it really indicates a positive direction from the emerging youth of the sport in what is only going to benefit everyone involved.

2. Family oriented:
One of the bigger aspects of the event is its family orientation – the week is something these families will remember for years to come, where they’ll share experiences together that they won’t experience anywhere else. It’s also a massive coming together of families, where you often see the kids hanging out while the parents socialise. It’s a massive credit to the parents who put in the countless hours of work and effort to make it all happen for their children.

1. The next generation:
The number one aspect of the week is being able to witness the next generation of riders, right from the younger age group 65cc division all the way through to the graduating Junior Lites class, it’s evident Australia has a great talent pool that will continue to produce world-class riders for years to come.