Previewing what's to come at this weekend's final round.

The 10th and final round of the 2017 Motul MX Nationals series is set to take place this weekend at Coolum in Queensland where the MX1 and MX2 contenders will hit the track once again. MotoOnline.com.au previews what fans can expect when the gates drop this Sunday. 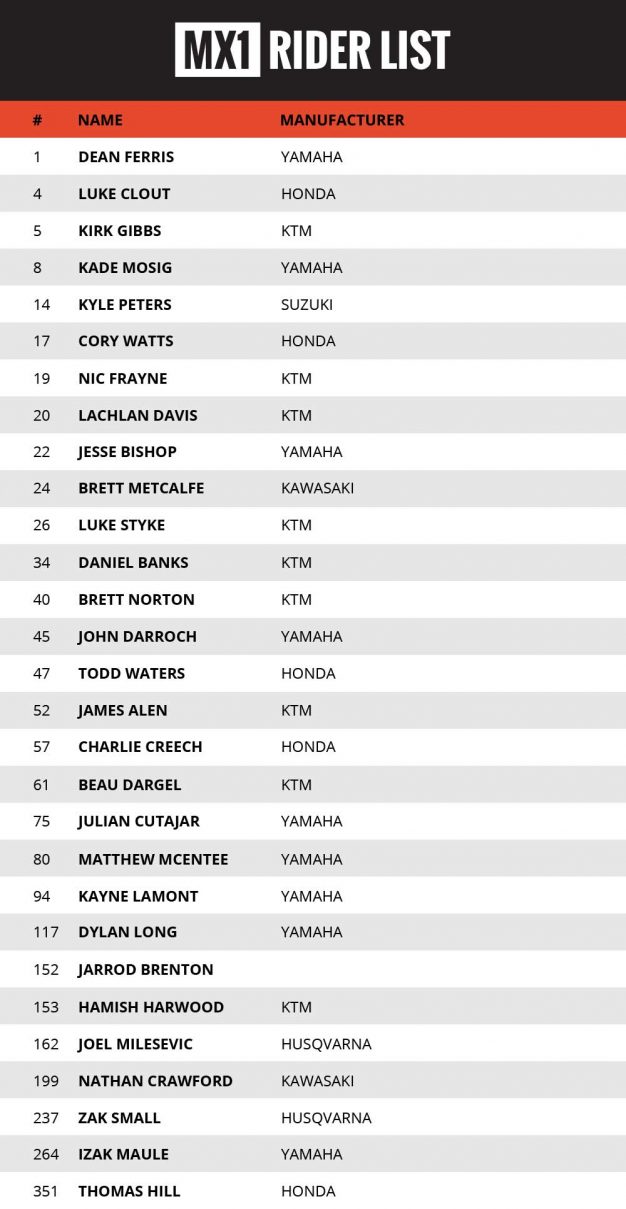 First:
Dean Ferris – With the title wrapped up and no pressure on his shoulders this weekend, the CDR Yamaha rider will be riding stress-free and you would be crazy to expect him to cruise his way through round 10. Ferris will be the man to beat once again in the sands of Coolum.

Second:
Kirk Gibbs – The KTM Motocross Racing Team rider will be looking for a strong result this weekend in Coolum. Gibbs was looking a lot more comfortable at Toowoomba last weekend and he will be looking to stamp the season’s end with a positive result.

Third:
Brett Metcalfe – Metcalfe has been in a constant battle this year and he is determined to finish this season with a positive result. The South Australian loves the sand and enjoys a gnarly track, so let’s see if he can land himself on the box to wrap up the year.

First:
Egan Mastin – Mastin has been on a tear lately and he’s right on the tail of Wilson Todd is the MX2 points chase. Aboard the KTM 250 SX two-stroke in the sand, it could be a dangerous situation for his contenders as he is clearly in prime form and aboard a machine that does lend itself more to this style of circuit.

Second:
Wilson Todd – Todd was second last year behind Jed Beaton at Coolum and he clearly rides the track well, but his recent form just doesn’t inspire confidence in placing him atop the podium. It will be a tight battle, but Todd just hasn’t been as good as Mastin lately.

Third:
Hayden Mellross – Mellross was strong last weekend at Toowoomba and had himself in a great position for a podium finish on the day before crashing in moto two. The returning wildcard will definitely stir things up at Coolum this weekend.