How Craig Dack's organisation has dominated the MX Nationals over the past decade.

In terms of MX Nationals premier class dominance you just can’t deny the facts – Craig Dack’s CDR Yamaha team has won more titles than any other team by a long way over the past decade. With seven premier class titles to their credit from 2008 to 2017 with a selection of highly-rated riders, the factory Yamaha outfit is considered the premier operation by much of the Australian motocross community. In this latest edition of Countdown, MotoOnline.com.au takes a look back at CDR Yamaha’s championship conquests beginning with Jay Marmont’s dominant reign of four-straight titles. 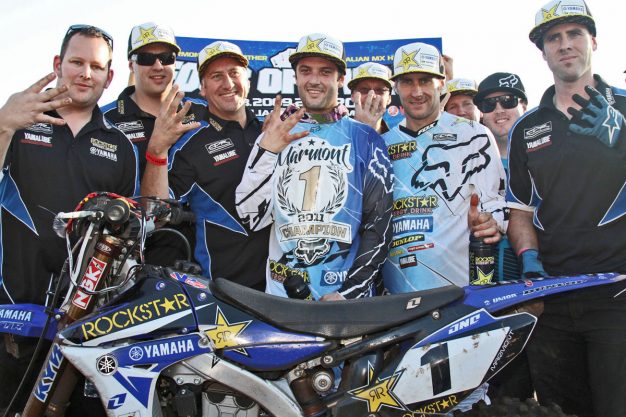 7. Marmont and CDR Yamaha join forces:
After returning from the US and carrying multiple lingering injury issues, Jay Marmont rode to fourth place overall finish in the 2007 MX Nationals series with KTM. Unsatisfied with his result, Marmont hooked up with Craig Dack and they put together the deal for the 2008 season where he would go on the kick off his dream run of championships. Finishing off the podium only twice in nine rounds, Marmont was crowned the premier class champion aboard his Yamaha YZ450F at the final round.

6. Back-to-back:
Now the reigning champion, Marmont continued on with the CDR Yamaha squad to notch yet another national title in 2009. Entering the final event of the season it was his teammate Cheyne Boyd who was his nearest contender for the title. Marmont put his CDR Yamaha machine at the front of the pack for much of the day though, winning two out of the three motos and clinching the title in the process.

5. Three-peat:
On a dream run with CDR Yamaha with back-to-back titles under his belt, Marmont again entered the 2010 season with the factory Yamaha squad. Although super consistent, Marmont didn’t claim an overall win until round seven in 2010, but from that point on-wards he clearly found his form. Marmont went on to capture his third-straight premier class title at the final round and became the first rider to do so since his boss Dack won three-straight Mr. Motocross titles in his prime.

4. Fourth and final:
The 2011 season saw the Marmont/CDR Yamaha duo return for yet another shot at the MX Nationals title, this time with New Zealand’s Josh Coppins as his teammate. Marmont and Coppins battled right to the end in 2011, but it was Marmont who again came out on top after Coppins dislocated his shoulder in moto three at the final round and was forced out of the final moto. Marmont overcame an 18-point deficit that day to pull through for his fourth-straight and final premier class MX Nationals title of his career. 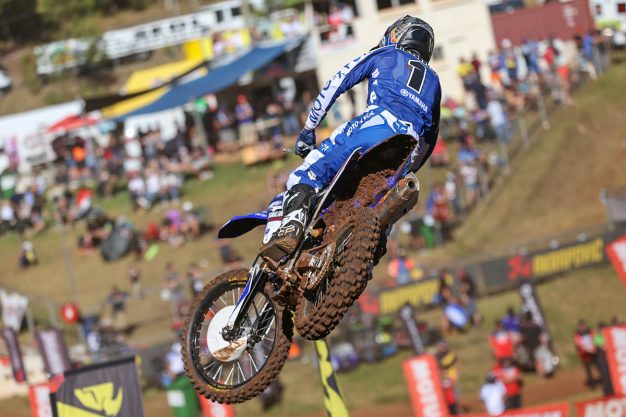 3. Coppins captures:
After watching the 2011 title slip out of his grasp, Coppins returned with CDR Yamaha for another shot as Marmont moved on to Kawasaki for 2012. That season saw Coppins and Todd Waters take the championship down to the final round at Coolum, where it was Coppins who finally took the crown. Although Waters won the overall on the day, it was the CDR Yamaha rider who won the war and went on to announce his retirement after achieving his goal domestically with Yamaha.

2. Ferris returns:
Fast forward to 2016 and it was the return of Dean Ferris that again kicked off another dominant period for CDR Yamaha. Ferris dealt with multiple issues during the 2016 season, but with the guidance of Dack and his experienced crew, they pulled it together and stole the title away from KTM’s Kirk Gibbs at the final round. This title marked CDR Yamaha’s first outdoor championship victory since Coppins took top honours in 2012.

1. Domination:
Returning with CDR Yamaha for the 2017 MX Nationals season and the 25th Anniversary of the Dack-owned outfit, Ferris clicked another gear and put together his best series performance to date. With one round remaining this weekend at Coolum, Ferris has already wrapped up the MX1 title one round early with eight round wins to his name. The former MXGP World Championship competitor has been a true dominant force this season and it’s clear that the CDR Yamaha team has played a large role in bringing the now two-time champion to this new level.