How a first-career MX2 round victory led Wilson to the 2015 crown.

Throughout the Motul MX Nationals series the word ‘championship’ is pushed away in the corner for most of the top riders – there’s always ‘plenty of racing to go’. But as the series heads to Queensland for the final two rounds in Toowoomba and Coolum, things tend to change and it almost seems like the title is on the line at not only Coolum, but Toowoomba also.

With both rounds running back-to-back just one week apart, the pressure turns up at Echo Valley every year for those riders in a tight title race. For 2017 we’ve got a three-way battle for the MX2 title heating up as Wilson Todd leads Egan Mastin and Mitch Evans. This situation brings us to our subject for this edition of Rewind – the 2015 battle for the same title between Jay Wilson and defending class champion Luke Clout. 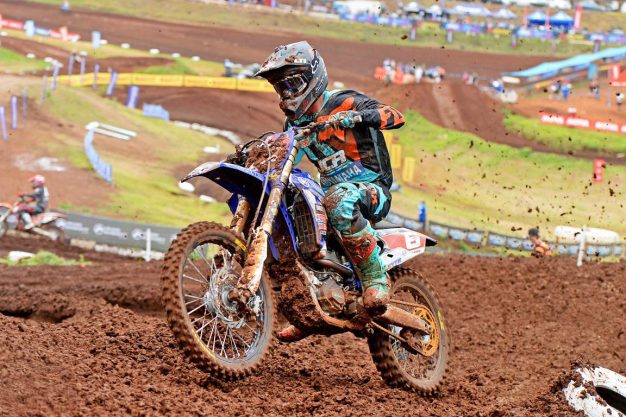 Back in 2015 Clout, who now contests the MX1 category, was the man to beat aboard his Serco Yamaha YZ250F. Wilson however, he was entering the season under the radar after losing his Serco Yamaha ride and he was yet to even win an overall victory to date. Although he was yet to win an overall, the Queenslander remained consistent aboard his JCR Yamaha entry and found himself carrying a slim three-point lead into the Toowoomba event.

Under the guidance of 2012 MX Nationals MX1 champion and former world motocross title contender Josh Coppins, Wilson put together a ride at Echo Valley that would set him up for a smooth run to the title the following week. Coolum is a dangerous circuit to ender with only a slim points buffer due to the nature of the sandy track, so it was definitely key to build that points gap the week prior.

With serious championship pressure on his shoulders, Wilson went out and rode with impressive form as his arch-rival Clout struggled to reach his full potential. It was a pivotal moment for Wilson as he backed up a third in moto one with a win in moto two, his career-first overall had handed him a huge 21-point lead heading into the season-finale. 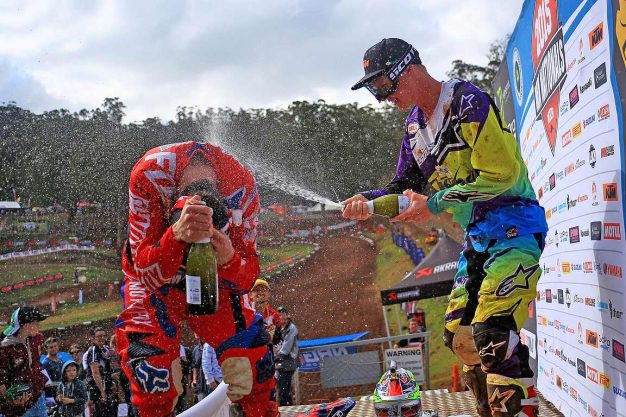 From that point onwards it was Wilson’s title to lose and his Toowoomba overall victory truly played a huge role in his success one week later. It was clear from Wilson’s post-race interview that he was feeling less pressure and excited to enter the final round with a comfortable lead: “It’s good to get the monkey off my back and get this overall that’s for sure,” said Wilson. “Now I can focus on trying to win this championship. We’ve been working hard this season and it’s showing, our bikes are running awesome, I’m really enjoying myself and I just can’t wait to get to Coolum.”

A relaxed and confident Wilson was able to enter the final round and ride to a perfect 1-1 finish to take the number one plate away from Clout. The defending champion finished a disappointing fifth overall for the day as Wilson almost doubled his Toowoomba lead rounding out the year 41 points ahead of his former teammate.

This weekend’s Toowoomba round may not be the final event of the season, but in the minds of riders such as Todd, Mastin and Evans, you can be sure they’re thinking about that title this Sunday. We’ve got three riders who are yet to win an MX2 title and the same scenario as Wilson’s in 2015 could definitely play out for one of these riders. It’s an exciting time of the year for motocross in Queensland, and you can bet your bottom dollar that you’ll be seeing fireworks on-track this weekend.