Five brand new motocross and off-road bikes to be released.

There’s a host of exciting new motocross and off-road models set to hit our shores in the coming months, each with significant advancements in technology and performance. 2018 is quite possibly going to be one of the hardest years for riders to choose what to ride, with so much on offer from manufacturers and completely revamped bikes to be released. MotoOnline.com.au has narrowed down five of the most-highly anticipated motocross and off-road bikes for 2018 – although not particularly in this order depending on your riding objectives – in this latest instalment of Countdown. 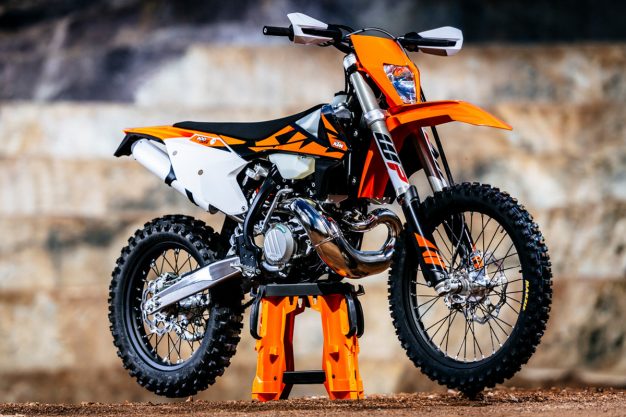 5. 2018 Husqvarna TE 250i:
Husqvarna has introduced revolutionary fuel-injection technology to its TE i range for 2018, a first of its kind in production two-stroke models. The new system delivers the perfect amount of fuel into the engine at all times, across all conditions, offering a significant reduction in fuel consumption and emissions, while it also provides a smooth and clean power delivery. The TE 250i has all the benefits we’ve come to expect from Husqvarna too, such as the plush WP Performance System fork designed for enduro riding and all-new Magura front and rear brake systems.

4. 2018 KTM 300 EXC TPI:
The ever-popular 300cc enduro weapon from KTM is just one of two models in the Austrian manufacturer’s EXC TPI range, which is exclusive to its all-new fuel-injected two-strokes. The need to pre-mix fuel has been removed and owners no longer have to change their jetting for different environments, which is a huge step forward for all off-road riders who prefer the big-bore two-stroke model, while it also allows for a much smoother ride and a drastic reduction in fuel consumption. Brembo brakes, a hydraulic clutch and high quality WP suspension are just some of the standard features on the KTM 300 EXC TPI.

3. 2018 Honda CRF250R:
Unveiled just this week, Honda revealed its quarter-litre machine will receive a major overhaul in 2018. Aesthetically, the design of the bike will be brought into line with its bigger brother, the CRF450R, which was revamped for 2017. The Japanese manufacturer has completely redesigned the engine, which will now feature an all-new dual-overhead-cam design. The suspension package is just as impressive, boasting 49mm Showa coil-spring fork and Showa rear shock. Additional standard features include an electric starter and twin header pipes, which flow out to Honda’s signature dual-exhaust system. 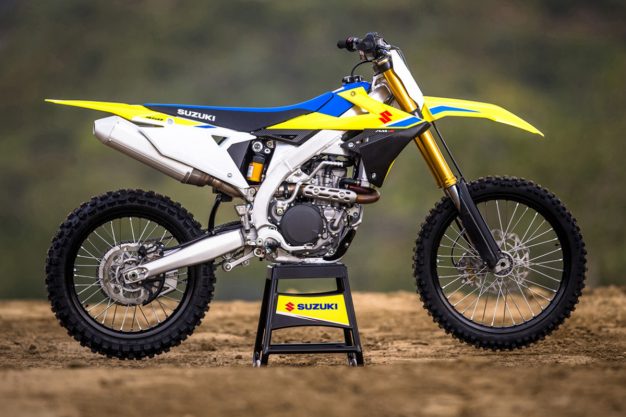 2. 2018 Yamaha YZ450F:
A proven contender locally here in Australia, Yamaha’s premier class machine received a major upgrade for 2018. The YZ450F has been redesigned from the ground up with fresh bodywork and blue rims, while the 449cc power-plant has been enhanced with new cylinder head for weight reduction. Wrapped in a new frame for increased handling, paired with KYB spring-type forks and a KYB rear shock, the 2018 edition is a feature-packed machine. One of the most unique characteristics of the now electric-start YZ450F is the ability to tune the bike through Yamaha’s Power Tuner App direct from your smartphone, making tuning easily accessible and convenient to every owner.

1. 2018 Suzuki RM-Z450:
After almost a decade, Suzuki’s RM-Z450 finally received a major overhaul. It’s no doubt the most highly-anticipated model to be released in 2018, being completely updated from the previous version that experienced so much success in its own right. An overhauled engine, chassis and bodywork are new for 2018, plus a Showa Balance Free Rear Cushion (BFRC) shock that shares technology with the new GSX-R1000R sportsbike and is also the first production motocross bike to feature the part that has only been equipped on factory race bikes thus far. 49mm Showa coil-spring fork based on works A-type design replaces the SFF-Air fork of the previous generation, while the frame has received a significant reduction in weight to improve handling. The 2018-spec 450 has been debuted in the MXGP World Championship this year, with a podium to its credit thanks to Suzuki World MXGP’s Arminas Jasikonis.