Answering the posing questions in the quarter-litre category.

The MX2 title fight in the 2017 Motul MX Nationals is one of the closest we’ve seen in years, with the top five all within striking distance of the number one spot. The class has had a varying number of race winners and podium placers, resulting in a tight and interesting six rounds so far. In this week’s Q&A feature, MotoOnline.com.au has answered the posing questions heading into the final sector of the series. 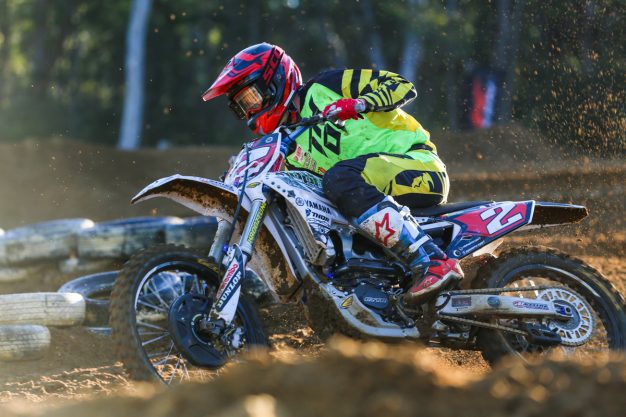 Q: Just 35 points separate the top five, what’s it going it to take to break out of that?

A: With the points chase so tight, it’s going to take consistent top three finishes, and more importantly, race wins! We’ve seen a varying number of race and overall victors this season, but with four rounds remaining, it’s more important than ever to keep fighting for the top spot in order to break away from the rest of field and have a comfortable margin at Queensland’s championship decider.

Q: Wilson Todd has maintained the red plate since regaining it at Horsham’s fourth round, can he carry it through to Coolum’s finale?

A: There’s no question he can, as we’ve seen him clinch an MXD title that came down to the very last race of the year in 2015. The youthful talent has fallen out of form in the past two races, failing to make the podium, but with eight motos still to be run, you can expect the DPH Motorsport Yamaha rider to return to the form that has allowed him to control the championship thus far.

Q: Egan Mastin is in red hot form, will he be the one to demote Todd from the top spot?

A: Davey Motorsports KTM’s Mastin has been really strong in the last two races, he was runner-up at Murray Bridge and claimed his first win of the season at Nowra to position himself third in the series standings. The New South Welshman appears to be on a surge of confidence, but he has 18 points to make on Todd if he wants the secure the red plate – a difficult task in the highly competitive category. Q:The Serco Yamaha crew of Mitch Evans and Jackson Richardson have been a strong force all season long, will the championship be decided between the pair?

A: This could very well be the case. The pair have often found themselves battling for position out on the track, but with Evans second in the points and Richardson in fourth, it’s going to take the duo to be lodging consistent results on the podium, as we’ve mentioned a few times already. Richardson is coming off an inspiring finish at Nowra which saw him tie for the overall, and we have a feeling he’s on a charge in the second half of the championship.

Q: Hamish Harwood has been a relatively silent contender, but will racing two classes affect his chances?

A: It’s been a mammoth effort from Harwood (Davey Motorsports KTM) this season contesting both the MX1 and MX2 classes, but that hasn’t seemed to phase him or alter his performance, as he did capture the overall at Murray Bridge in the quarter-litre division. A more concerning issue for Harwood is a shoulder injury sustained at Nowra, which could see him revert to the sole class, but that will be determined once he evaluates where is body is at.

A: Outside of the top five, can anyone else enter the title fight?

Q: With how tight the points are, it’s unlikely that someone from outside the top five will enter the title fight, but they could interrupt it. With the podium worthy trio of Dylan Wills (KSF Racing Husqvarna), Kyle Webster (Penrite CRF Honda Racing) and Jayden Rykers (Raceline Pirelli KTM) sitting sixth, seventh and eighth, any three of them could challenge for the top five in the standings, but being 76 points short of the lead, it’s a little late in the championship to bridge that gap to the leaders.